I Was Picked Up, Detained By EFCC Over N1600 Bank Transaction I Had With One Of Their Officials - Shawama Lady 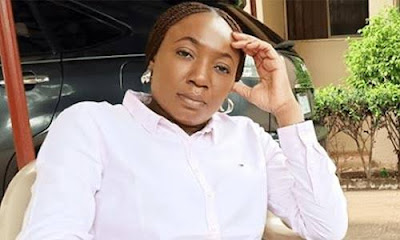 The Managing Director and Chief Executive Officer, Star Shawarma, a pastry outfit in Makurdi, Benue State, Ms Mnena Ato, has narrated how she was arrested by the Economic and Financial Crimes Commission over a N1,600 transaction.

Ato said she was arrested alongside her accountant and sales boy, adding that after they were released, the anti-graft agency asked them to report to its Makurdi office today (Monday).

Narrating what led to the invasion of her office and their subsequent arrest, Ato said an officer of the EFCC had visited her shop to purchase an item worth N1,500.

She explained that the officer decided to pay for the item through bank transfer and instead of N1,500, she ended up transferring N1,600 to the company’s account, adding that the company did not get an alert for the transaction but it allowed the buyer to leave because it believed in the customer’s explanation.

Ato stated, “So, when the accountant did not receive the alert for the payment of N1,500, he decided to draw the attention of the sales boy to it and directed him to contact the EFCC officer to inform her of the development.

“The rule of the company is that if any customer purchases an item from a salesperson and the salesperson fails to collect money and there is shortfall in revenue, such shall be deducted from the salary of the salesperson.

“It is on this that my worker continued calling the officer to remind her of the payment.

“This transaction took place on April 9, 2020, but when we finally got the statement from the bank, there was no shortfall in revenue and the person, who sold the item to the EFCC officer, got his full salary at the end of the month and I directed the salesperson to call the officer and apologise to her.

“Less than 20 minutes after my employee had carried out my instructions, operatives from the EFCC office came and occupied my company premises, insisting on picking me, the accountant and the salesman.

“All my pleas fell on their deaf ears and at the end of the day, I was picked up alongside my accountant and the salesman. We slept in their detention facility and we were released on administrative bail on Saturday.

“I don’t want to dwell more on the matter because we are trying to resolve it. My manager and the accountant have been directed to report today (Monday) and it is after that, I will be able to speak further.”

However, the zonal head of the EFCC in Benue State, Dr Johnson Babalola, said Ato was invited when an officer of the agency went to the shop to show evidence of the online payment she made for the item she purchased, but she was almost beaten up.

Babalola stated, “They intended to beat her up when she went to the shop to show evidence of the payment she made, but she managed to get through to the office.

“The officer was seriously harassed and that was why we invited Ato and her employees to come and she came and explained what happened; and after that, she was asked to go.”