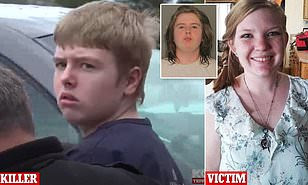 A 17-year-old boy from South Dakota has admitted to fatally shooting his 16-year-old out-of-state girlfriend during an argument last fall.

'We got into an argument and then I shot her,' the defendant said during his change-of-plea hearing at Meade County Court. 'I shot her in the head.'

Campbell faces 55 years in prison when he is sentenced later this year.

Ritthaler's body was found on October 7 in the basement of the home Campbell shared with his mother after the pair met on an online dating site.

Asked by Judge Kevin Krull if he had any justification for killing Ritthaler, the teen replied, 'No.'

In court, the defendant referred to the victim as his girlfriend.

Both the prosecutor and the defense agreed to ask the judge to sentence the boy to 55 years in prison.

Krull said he plans to follow that recommendation and that if he changes his mind, the defendant could withdraw his guilty plea.

The teen originally pleaded not guilty and not guilty by reason of insanity to alternate counts of first- and second-degree murder. 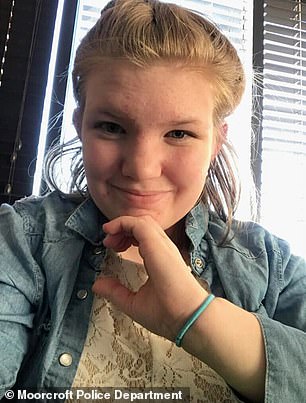 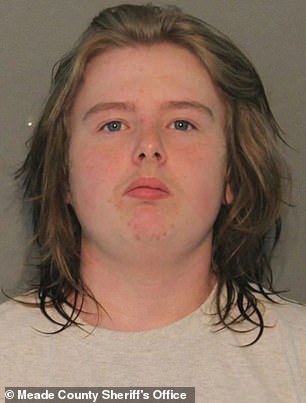 Under the proposed sentence, the defendant could seek parole after 27 years, when he is 44 years old. Sentencing is set for July 10.

Campbell and Ritthaler had been chatting online for a while but met in person for the first time when he killed her, Meade County State's Attorney Michele Bordewyk told the Rapid City Journal.

Ritthaler went missing October 3 after being seen getting into a Jeep-like vehicle at a coffee shop in Moorcroft, South Dakota.

Her body was found on October 7 in the basement of the home her boyfriend shared with his mother east of Sturgis, near the Wyoming border.