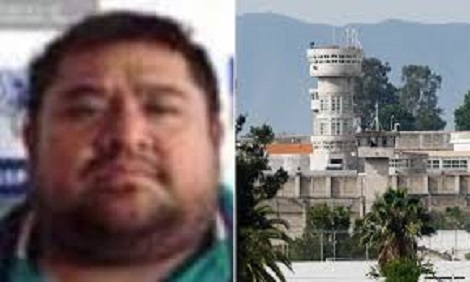 A Mexican cartel boss has died from coronavirus while serving time in jail.

Moises Escamilla May was one of the leaders of the infamous Los Zetas gang.

He had already spent more than a decade in jail after he was accused of carrying out a number of beheadings.

He had been in charge distributing cocaine in the city of Cancun and had been accused of participating in the murder of 12 people who were found decapitated in Yucatan in August 2008.

The 45-year-old died a week after he started to suffer breathing problems while at a maximum-security prison in the state of Jalisco.

He developed respiratory problems on May 6 and died two days later, but authorities only made his death public on Sunday.

May, whose nickname was 'El Gordo May' had been serving a 37-year jail sentence for organized crime, weapons and drugs offenses.

When he was finally jailed he was identified as the regional leader of Old School Zetas.

Los Zetas had been regarded as a notoriously violent cartel and one of the most dangerous operating in Mexico.

It was formed by army deserters who worked for the Gulf Cartel who then broke away to create their own cartel.

As well as drug trafficking, the group would also participate in kidnapping, extortion, s.e.x trafficking and gun running rackets.

Recently, its influence has diminished somewhat and the cartel has become fragmented.