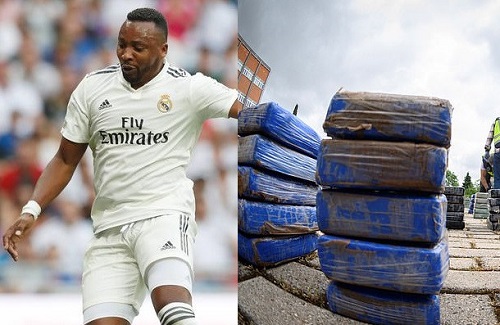 The Colombian was taken in by officers in Madrid on Tuesday night before he was allowed to go home after questioning. He has since pleaded his innocence.

The 43-year-old told the 'El Chiringuito' television show that he was asked to accompany officers to a police station and was later allowed to return home.

'I'm very calm,' Congo told sports show El Chiringuito. 'It's not a comfortable situation, but I'm at home… relaxed. They asked me a series of questions and, at the end, I returned home.

'They told me to be ready for another call,' he said. 'I'm free and I'm relaxed because I don't traffic cocaine, I don't have cocaine at home.

'The police said to me that I have to stay away from certain people who are no good for me. That I have to be aware of things and do them in a different way.' 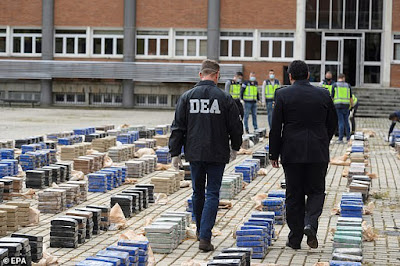 He denied any wrongdoing and said he entered the police station with his hands restrained as a 'protocol.'

Congo was one of 10 individuals detained by Spain's Central Narcotics Brigade as part of their operation, according to Marca.

Congo said he was questioned about his relationships with some of the people being investigated by police. 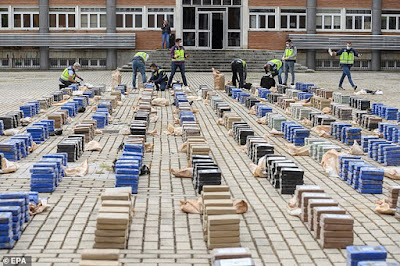 He admitted he knew some of them but said he was not involved in anything potentially illegal. He said he got to know them after getting involved in the business of buying and selling emerald.

The former Colombian international was signed by Madrid in 1999 and played on loan with Valladolid in Spain, Vitoria Guimaraes in Portugal and Toulouse in France. 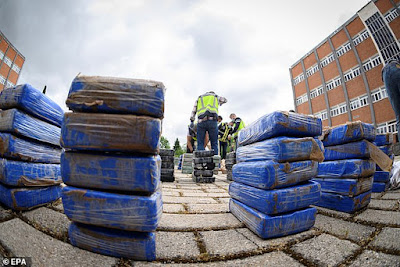