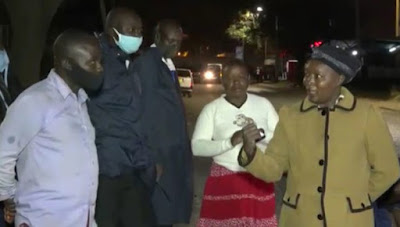 A 19-year-old teen was last night stoned to death by an irate mob for allegedly being part of a motorcycle gang that has been terrorizing Nairobi residents.

According to the police and members of the public, the teen-gang snatches mobile phones from unsuspecting people and takes off on a motorcycle.

The suspect, Derick Ndungu, who completed his high school education two years ago, was stoned to death at T-Mall Gate, Komarock after snatching a phone from a female hawker.

The deceased’s mother, Susan Wangui, said before her son met his death, they were together in the house during curfew hours when he received a call, allegedly from his girlfriend Msoo.

A few hours later after leaving the house to meet up with the ”girlfriend”, the mother said she received a call from friends informing her that her son had been cornered by a mob who were stoning him.

The teen’s mother said the son lacked nothing as she is a landlord, adding that she had paid for his driving school lessons in a failed bid to get him to join a South Sudan charcoal-importation business.

The suspect’s two other accomplices escaped the mob but their motorcycle was seized.

Police said they have launched a manhunt for the gang that mostly operated from Mile Saba, Dandora and Korogocho.