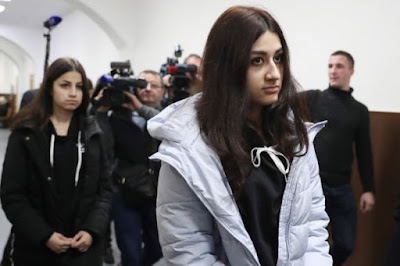 Russian investigators have refused to drop a murder charge against three sisters who killed their abusive father as he slept, leaving a controversial case in legal limbo.

The general prosecutor's office concluded earlier this year that the Khachaturyan sisters had been subjected to prolonged physical and s.e.xual abuse.

The killing should therefore be seen as "necessary self-defence", it said.

That ruling had been expected to close the case.

But a lawyer for one of the women has told the BBC that Russia's investigative committee has now rejected the prosecutor's position.

Teenagers Maria, Angelina and Krestina Khachaturyan were arrested in July 2018 for attacking their father, Mikhail, using a knife, hammer and pepper spray.

They later testified that their father had subjected them to prolonged abuse effectively holding them hostage in their home.

The two older sisters could face up to 20 years in prison if the murder charge is eventually brought to court. 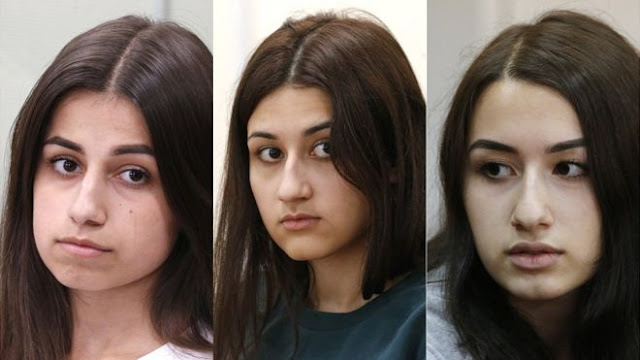 Their mother, who had been forced to flee the family home for her own safety, has previously told the BBC that she and others complained to police multiple times over the years about the violence but were ignored.

"Formally, the investigative committee conducted an additional investigation but reached the same conclusion [as before]," lawyer Alexei Lipser explained, meaning that the original charge of premeditated murder still stands.

"It seems the order from above remains the same," he said.

However, as there is no new evidence, the lawyer believes the prosecutor's position will also remain unchanged.

"Now, either the investigators have to agree with the prosecutor and change the charge [to self-defence] or it goes on ping-ponging back and forth," the lawyer said.

The case prompted protests and a mass petition in support of the women and increased calls for a new law against domestic violence.

In January, the prosecutor's office found that the Khachaturyan sisters suffered "beating, constant humiliation, threats and abuse, physical and s.e.xual violence" and so developed a "defensive reaction".

It concluded that experience made them "protect themselves by any means", an argument the investigative committee has now dismissed.

The case cannot go to court unless those two parties agree on the charge. The three sisters are living separately in Moscow while awaiting trial, and are not allowed to communicate with each other.