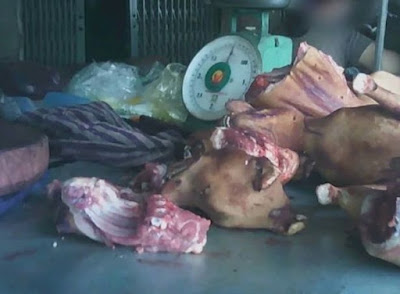 Seething animal rights activists have released distressing footage that appear to show bleeding and rotting animals, including bats, in wet markets across Asia.

Taken during the coronavirus pandemic, the harrowing clip shows animals including ducks, bats, monkeys, snakes and chickens covered in blood.

Campaign group PETA, which shared the videos from six countries, has called for wet markets to be banned across the world - saying they are a breeding ground for pathogens which could cause another deadly disease to spread.

Releasing the footage taken in Cambodia, China, Indonesia, the Philippines, Thailand and Vietnam during the month of April, PETA said "exotic" animals remain on sale in spite of the Covid-19 outbreak.

Cats are among the animals sold for meat, the group said.

The source of the disease, which has claimed more than 300,000 lives around the world, is believed to be a wet market in the Chinese city of Wuhan.

In a statement, PETA said: "Both live, terrified animals as well as bloody carcasses and rotting flesh were being peddled for human consumption. 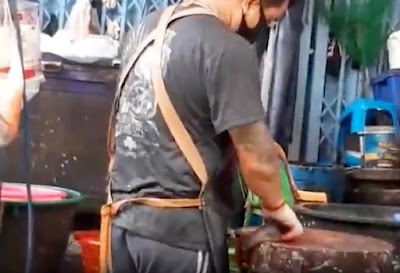 "At two other markets, civet cats and bats were sold for food—even though they’re a reservoir species for severe acute respiratory syndrome (commonly known as SARS), another infamous, deadly coronavirus." 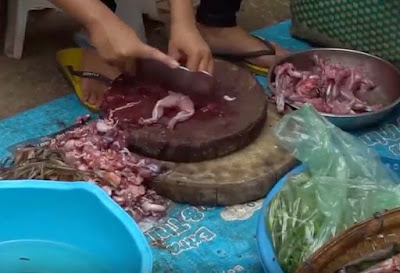 Workers are seen handling dead and live animals without gloves - with could lead to the spread of bacteria, PETA said.

The group's statement continued: "All wet markets are potential breeding grounds for zoonotic diseases, such as Covid-19, SARS and MERS.

"At such markets, feces and other bodily fluids can easily get on traders’ and customers’ shoes and be tracked into restaurants and homes. 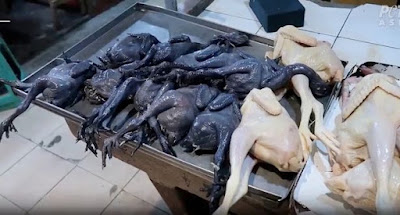 "The workers who handle the animals often don’t wear gloves (as seen in the video footage) and can also spread bacteria.

"Flies swarm around the bodies of dead pigs and other animals, and the countertops and floors are streaked red with the blood of gutted fish and slaughtered animals."

WHO director general Dr Tedros Adhanom Ghebreyesus said: "WHO's position is that when these markets are allowed to reopen it should only be on the condition that they conform to stringent food safety and hygiene standards. 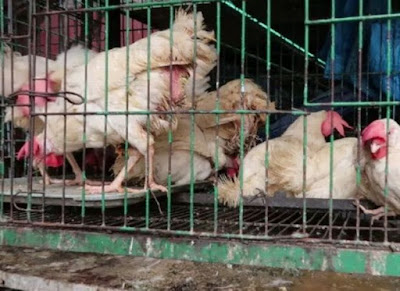 "Governments must rigorously enforce bans on the sale and trade of wildlife for food."

He continued: "Because an estimated 70% of all new viruses come from animals, we also work together closely [with the World Organization for Animal Health and the Food and Agricultural Organization, FAO, of the United Nations] to understand and prevent pathogens crossing from animals to humans." 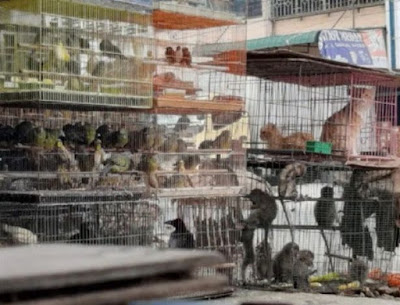