The Super Eagles have become the first

African team to reach the knock out stages 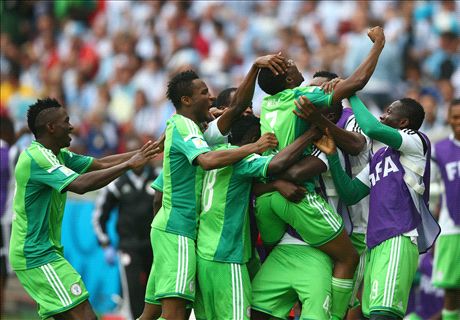 first time since 1998, despite losing 3-2 to Argentina in

The Super Eagles, who have equaled their best ever feat,

came unstuck against their familiar foes.

but Ahmed Musa pegged them back both times only for the

from a corner kick.

For Stephen Keshi and his team, it was their best game of

the tournament thus far and they showed that they are

capable of playing with the big boys.

After an opening draw with Iran that looked drab and poor,

they went on to secure a slim victory against Bosnia and

thus ensured that their final game with Argentina would be

not more than a classification game.