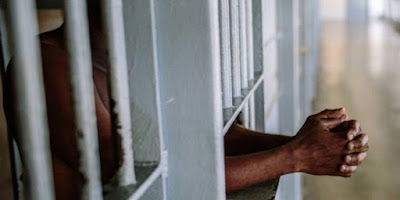 Police in Lagos have arrested one Habib Olapari, his teenage brother Rilwan and one Peter for allegedly hacking their neighbour Taiwo Eluyemi to death in front of his son.

The suspects were said to have committed the alleged offence on April 23, at 7, Taiwo Street, Mafoluku Oshodi.

It was gathered that Eluyemi, a neighbour to the Olaparis, had complained about the many friends they brought to his apartment to watch television.

A disagreement was said to have ensued which was settled only for Habib and his accomplices to allegedly attack the man with axe from behind on April 23.

The Nation gathered that the suspects pretended to be fighting which made the deceased intervene in a bid to broker peace but was instead axed from behind.

He was said to have suffered excessive bleeding and died as a result of the injury.

The police, it was gathered, have declared Habib’s mother, Iya Adura and a certain Tobi wanted for the roles they played in the murder of Eluyemi.

According to a resident, Oluyemi’a mother provided the axe used on the deceased.

After their arrest, the suspects were transferred to State Criminal Investigation and Intelligence Department (SCIID) Panti.