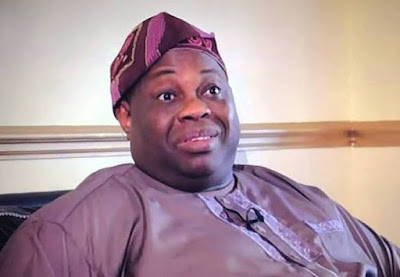 Media mogul, Dele Momodu, attained the age of 60 on Saturday, May 16, 2020, and though the rampaging coronavirus has put a hold on public gatherings and parties, he showed he is a showbiz impresario as he hosted a well attended virtual birthday party.

Some of the personalities also called in sharing their experiences with Momodu and how they met him. It was accolades upon accolades as the calls quickly showed that the host is a man of immense goodwill. Callers include Rotimi Amaechi, Rev- Mother Esther Ajayi, Segun Odegbami and Dame Abimbola Fashola.

Momodu is the publisher of Ovation International Magazine and has garnered several decades of high society and celebrity reportage. He cut his teeth as a journalist at the late Chief MKO Abiola-owned African Concord magazine, and has gone on to build an impressive network of sources and confidantes.

Thanking God for clocking 60, Momodu said one of the things he was most grateful for was the access he had to several people across all walks of life. His Ovation magazine has captured several superlative society events and bigwigs throw open the gates of their mansions to him.

He also thanked all those who called him, sent him messages of goodwill and celebrated with him despite the coronavirus pandemic.

Society Plus however gathered that some of Momodu’s friends had said they still wanted a party when public gatherings were allowed.