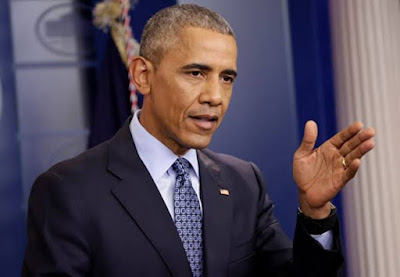 Former US president Barack Obama on Saturday took aim at officials dealing with the coronavirus pandemic in a rare public rebuke of the current administration.

“More than anything, this pandemic has fully, finally torn back the curtain on the idea that so many of the folks in charge know what they’re doing,” the former Democratic president said in an address to college graduates.

He did not name his successor Donald Trump or specific U.S. officials in the address, which appeared to be pre-recorded.

“A lot them aren’t even pretending to be in charge,” Obama said during the speech, which capped a two-hour event for Historically Black Colleges and Universities (HBCU) broadcast on social media.

In a second address to the high school Class of 2020, Obama told graduating students that the pandemic means they would have to grow up faster than some other generations, and urged them to “do what you think is right”.

“Unfortunately, a lot of so-called grown ups, including some with fancy titles and important jobs, still think that way, which is why things are so screwed up,” Obama added, in what appeared to be a dig at Trump and administration officials.

The White House’s response to the coronavirus pandemic has come under the spotlight amid sharp criticism by Democrats, who have bashed Trump’s fairly lax approach through February and lingering testing shortages.

Since leaving the White House in early 2017, Obama has largely refrained from criticising the Trump administration, following a convention among former U.S. presidents.

Last week, comments Obama made in a private conference call, in which he called the U.S. handling of the pandemic “an absolute chaotic disaster,” were leaked by Yahoo News.

In the call, Obama also reportedly said that “the rule of law was at risk” after criminal charges against former national security adviser Michael Flynn were dropped.

In the university commencement speech, the former president also addressed racism in the U.S. and the case of a 25-year-old black man killed while jogging in February.

Ahmaud Arbery suffered two shotgun blasts to the chest and was grazed by a gunshot on his wrist, according to an autopsy report released by authorities in the U.S. state of Georgia earlier this week.

His case has roiled the nation after video emerged showing two men confronting Arbery in broad daylight while brandishing weapons.

“Let’s be honest: A disease like this just spotlights the underlying inequalities and extra burdens that black communities have historically had to deal with in this country.

“We see it in the disproportionate impact of COVID-19 on our communities, just as we see it when a black man goes for a jog and some folks feel like they can stop and question and shoot him if he doesn’t submit to their questioning,” Obama said.

On Saturday, hundreds of people gathered to protest the handling of the case, according to local reports.