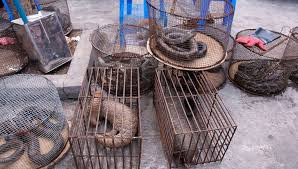 Wet markets selling live animals including bats, dogs and snakes are continuing to operate across South-East Asia, despite the coronavirus pandemic.

Shocking pictures show the animals crammed into tiny cages at markets in countries including Cambodia, Indonesia, the Philippines, Thailand, Vietnam and China, where the outbreak is believed to have first emerged.

One horrific clip shows a rabbit in its death throes, while another shows live chickens, geese, monkeys and toads waiting to be slaughtered or sold.

This comes despite experts' belief that Covid-19, which has now claimed the lives of more than 300,000 people around the world, originated from a bat sold at a wet market in the Chinese city of Wuhan.

The photos were taken by investigators from animal rights organisation PETA.

In the Philippines, workers wearing flip-flops were seen walking across blood-soaked floors and cutting up pig and bird carcasses with their bare hands. 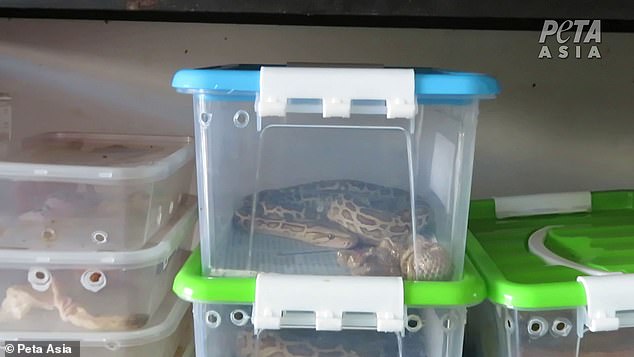 In Vietnam, the cooked heads and other body parts of dogs were piled on a counter near living animals. Blood, guts, and water covered the floors at every market.

Live civets, which have been linked to the SARS outbreak, were also seen.

Bats, which are believed to have been the animal which passed Covid-19 on to humans, were seen hanging upside down in cages in Indonesia. 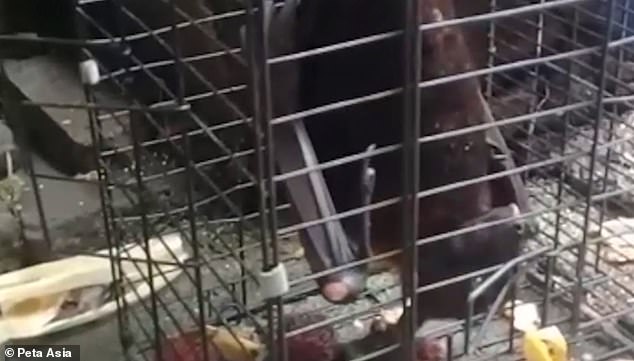 PETA and its international affiliates are using the video footage to renew their call on the World Health Organization to urge the closure of live-animal markets worldwide.

So far, the campaign has been supported by over a quarter of a million people, the organisation said.

'The next deadly pandemic is inevitable as long as markets filled with sick and stressed animals are still open,' PETA founder Ingrid Newkirk said.

'PETA is calling on government officials to shut down these Petri dishes for pandemics.' 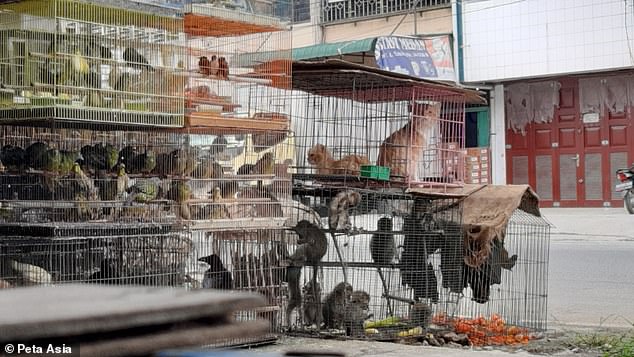 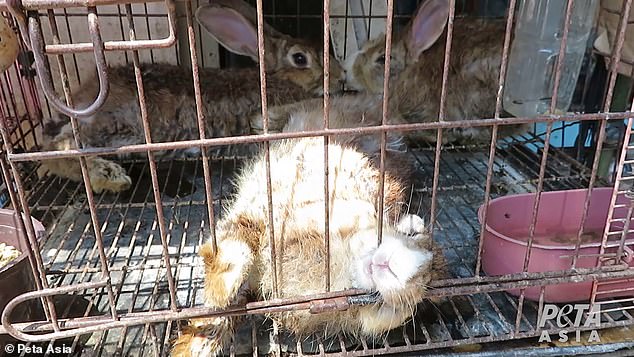 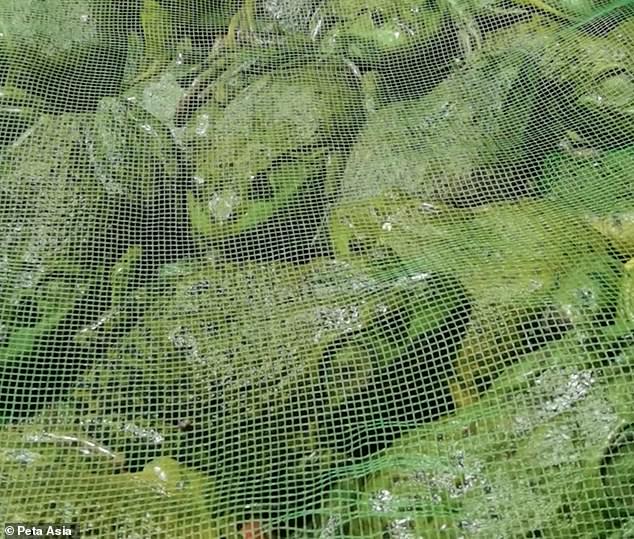