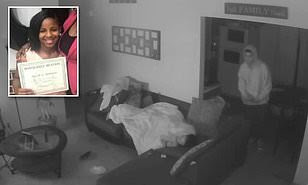 Kansas police have arrested a 14-year-old boy who was allegedly spotted on camera watching a 15-year-old girl while she slept in her home.

The Wichita Police Department said in a release that a tip helped them find the teen, who could be possibly charged with aggravated burglary and theft.

Terrifying footage shows the moment the alleged suspect - who is unidentified - stands over a teenage girl watching her sleep before fleeing when she wakes up and screams for her mother.

Aniyah Robinson, 15, was sleeping in her home on the 1200 block of North Harding at around 2.30am last Friday when she opened her eyes to see a 'scary movie' figure standing over her.

She shouted for her mother Angel Robinson who made sure her two daughters, Aniyah and her two-year-old sister, were safe before calling police and her own mother.

When police arrived the intruder had fled, without stealing anything from the home. 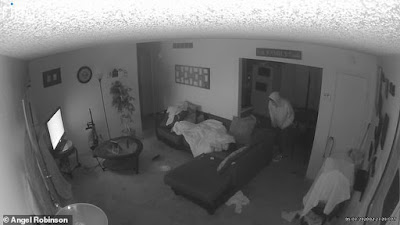 Robinson told Wichita TV station KAKE: 'It just scared me because of the fact that somebody was sitting over watching me that I didn't know. It's just scary.'

Recounting the traumatic experience the teen said that opening her eyes to see the man above her was like being in a scary movie. 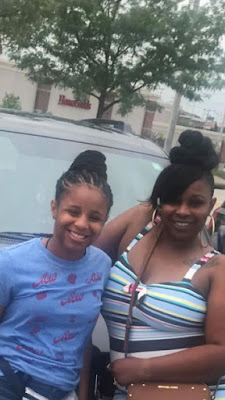 Her mother Angel added:' 'He didn't take anything and I think that's scarier. Because what did you want? I don't know what you want, are you going to come back?

'You don't know if he's done this before. Next time it might be something different or you who knows what he's thinking.'