U.S Army Sergeant Stabbed In The Chest By Wife For Failing To Clean The Couch 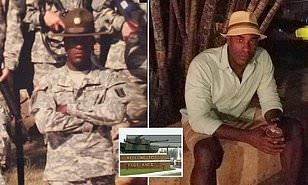 A U.S. Army sergeant was allegedly stabbed by his wife after failing to carryout household chores amid the coronavirus lockdown

Verol Gill III, 46, reportedly ended up getting into an argument with his spouse, 42-year-old Chaniqua Boyd, in their home on the Fort Knox military base.

A criminal complaint alleges he was stabbed after breaking his promise to clean the couch.

Military police on the Kentucky base found the sergeant first class with a deep wound to his upper torso, according to the Daily Beast.

He was taken to University of Louisville Trauma Center where doctors found he had a punctured lung.

Gill is said to have excused his lack of chores and failure to clean the couch 'due to a missing part from the vacuum machine he rented.' 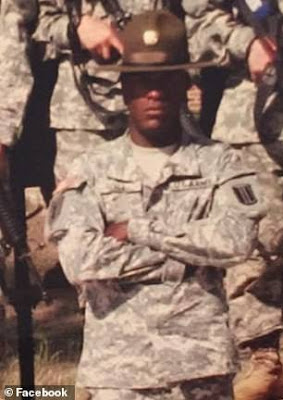 'Boyd then returned from the kitchen with a knife and said, "I wish you would spit at me again,"' the complaint, based on an interview with agents from the Army Criminal Investigative Division reads.

'She then followed V.G. (Verol Gill) to the kitchen and the two continued to argue. Boyd punched V.G. in the face twice and then stabbed him in the chest.'

Boyd has reportedly admitted to investigators that she and Gill had a history of domestic violence incidents with both having of them having previously been charged with assault.

Authorities say Boyd claims she did not mean to stab Gill and denies all knowledge of having done so.

She reportedly claimed that she was carving a turkey when Gill 'came at her,' and that he 'lunged into the knife.' 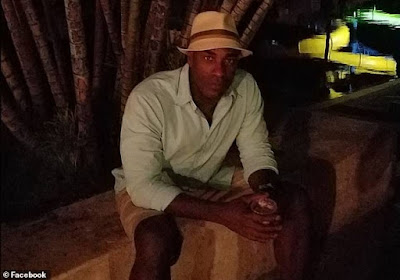 Boyd was charged with assault with a dangerous weapon with intent to do bodily harm and fitted with an ankle monitor.

A judge ordered her to stay away from Gill and she is now living with her mother before her next court appearance on June 23.

If convicted at trial the maximum sentence for assault with a dangerous weapon with the intent to do bodily harm is 10 years in prison, a $250,000 fine, and up to 3 years of supervised release.

'Boyd vehemently denies the allegations and looks forward to presenting the full version of events at the appropriate time,' her lawyer said claiming that she had long been abused by Gill and that the relationship was coming to an end.

'It is unfortunate that given that history, law enforcement thought it necessary to subject her to criminal charges for this incident,' said Boyd's lawyer.