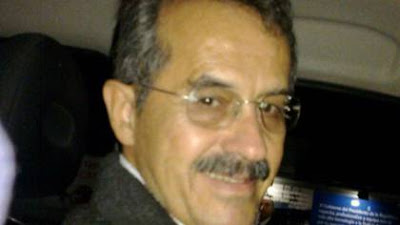 A son of Mexico’s former president Luis Echeverria Alvarez, who governed in the 1970s with an iron fist, has killed himself, authorities said on Tuesday.

Alvaro Echeverria Zuno, 71, died on Tuesday morning at his home in the state of Morelos, south of Mexico City, the local prosecutor’s office said in a statement.

Former president Echeverria, 98, led the country from 1970-1976 and is considered the main person responsible for Mexico’s “dirty war”, which featured the targeted assassinations and forced disappearance of students, leftist activists, and guerrillas by government agents.

The worst massacres in modern Mexican history took place in October 1968 – 10 days before the opening of the Olympic Games in Mexico City – when ex-president Echeverria was interior minister in the government of Gustavo Diaz Ordaz (1964-1970).

Hundreds of unarmed students and demonstrators – the exact number is still unknown – were slaughtered when soldiers and undercover agents opened fire on protesters at a plaza in the Mexico City neighborhood of Tlatelolco.

In 2006 Echevarria faced genocide charges, but given his age was granted home prison and eventually given conditional freedom.