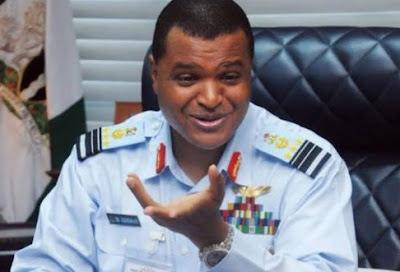 The Chief of Air Staff, Air Marshall Sadique Abubakar on Thursday in Katsina directed his officers and men on ground to locate and neutralise all suspected bandits and to submit weekly reports on their operations.

Speaking during his operational visit to the Air Component of Operation Hadarin Daji at the 213 Forward Operating base of the Nigerian Airforce, Katsina, Abubakar said;

“We must locate wherever the bandits are; their locations and neutralise them accordingly. We should not relent until our people are able to conduct their businesses without fears of attacks by bandits and kidnappers” he said.

He added, all logistics and equipment needed for the task shall be provided noting that “There should be no room for bandits and other criminals to operate”.

Katsina state governor, Aminu Bello Masari had earlier assumed that there would be no more negotiation or peace talk with bandits again in the state.

Government’s withdrawal from negotiation with the bandits was informed by series of renewed attacks on some villages that left scores killed.

Masari assumed since the bandits did not honor the agreement they had signed earlier, the government would no longer engage them in peace talks.

Masari assumed the state government signed agreement with the bandits and they promised to repent and leave the north-western part of the country, but according to him “they could not honor the agreement, thus betraying the people of Katsina state.

Speaking on Hausa service of the BBC in a live Instagram interview, the governor assumed among the bandits some are from Zamfara, Kaduna and even Niger Republic. He called on the federal government to provide adequate security personnel and facilities so as to succeed in the fight against banditry in the state.