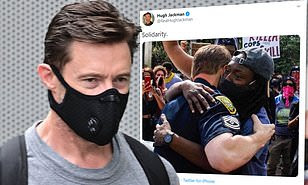 Hugh Jackman has been slammed by fans for sharing a photo of a protestor hugging an officer following the death of George Floyd in police custody.

The actor, 52, posted the picture, taken during the Black Lives Matter protests, to his Twitter page and captioned the post: 'Solidarity'.

Fans immediately hit out at Hugh, claiming he should be sharing pictures of police brutality during the riots instead, and also criticised the star for saying it represents unity.

'This is so disappointing. You're helping to spread propaganda. If you want to share something, there's plenty of images and videos of protests from around the world that don't include PR opportunities for police officers,' one person tweeted.

'Jesus Christ, someone show me one celebrity that isn't a disappointment,' another commented. 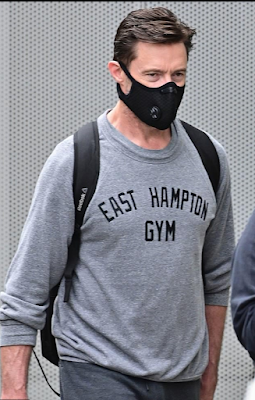 One wrote: 'I'm sorry but you can't post that if you aren't also sharing the videos of police brutality! The news is doing enough of sharing this bullsh*t instead of what's actually going on. Peaceful protestors being attacked for no reason by the cops who are supposed to haged them safe.'

'That's going to be an unfollow from me man,' one person said. 'Wait until you see a picture of the cop tear gassing the protestor correct after,' another commented. 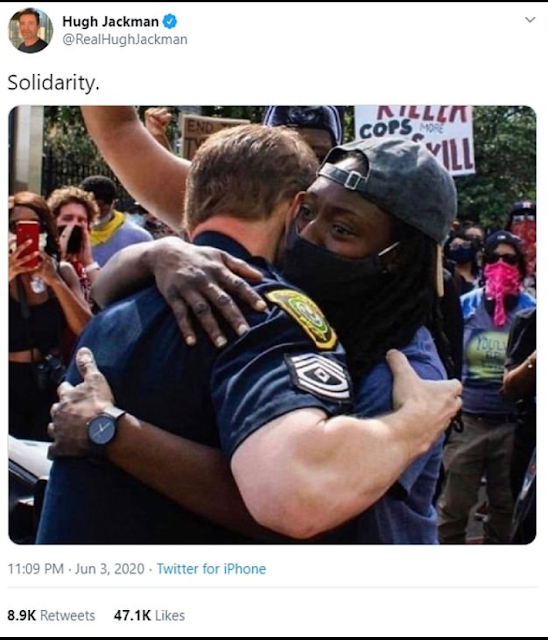 But some fans praised Hugh for sharing the photo, with one writing: 'Solidarity the way it should be. I support you. Stay safe.'

'Finally a message from a celebrity I can respect,' another person said.

Protests and riots have erupted across the U.S. after George Floyd, an unarmed black man, died in Minneapolis last Monday when a white cop pressed his knee against his neck for eight minutes.