Oprah Winfrey's Best Friend, Gayle King Says She Worries Over The Safety Of Her 33-year Old Son Because He's A Black Man Gayle King has opened up about fearing for her son Will Bumpus Jr.'s safety as a black man in America, saying he has asked him to not take his dog for long walks in his neighborhood because 'everything is so volatile.'

The CBS This Morning anchor appeared on The Talk this week, to discuss the nationwide protests over the murder of George Floyd, an unarmed black man who died at the hands of a Minneapolis police officer.

'My son is 33 years old and I'm worried about him,' King, 65, told the show's hosts, explaining that Will lives in the Santa Monica area in Los Angeles County where there have been a number of protests.

'He could hear the police choppers and he could hear the sounds of the city,' she said. 'Santa Monica, as you know, is a very affluent town. He lives very close to that...But I'm worried about him walking his frickin' dog! He's 33!'

King recalled asking him: 'Will, please, don't walk [your dog] Scott. Please, don't take him for long walks.' She also advised him not to wear a black mask when he steps out of his home.

'I worry for him being a black man, period,' she said. 'And now everybody is so amped up about everything. I do, I worry a lot about his safety...Welcome to being black in America. This is not new.'

King, who also has a 32-year-old daughter, Kirby, stressed that 'this is about humanity,' saying she has recently had many white people reach out to her to ask how she is doing. 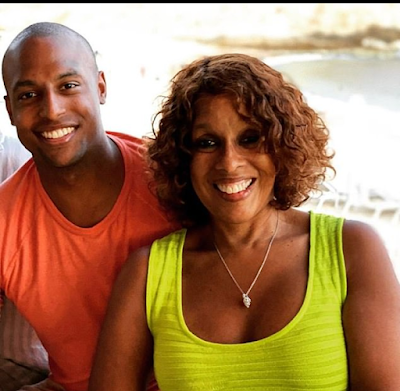 'The current answer is nobody should be doing good right now. Nobody should,' she noted. 'But I think white people are viewing this like, "Holy cow, this happens this way? This happens in this country?" Yeah, it does.'

Floyd, a 46-year-old unarmed black man, died in police custody in Minneapolis, on May 25, after being arrested for allegedly using a counterfeit $20 bill at a deli.