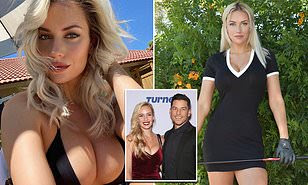 American golfer Paige Spiranac has poked fun at the many types of athletes she has dated in the past, hinting about some of the bad and cringe-worthy behavior she endured in romances with basketball, baseball, and football players.

The 27-year-old athlete is currently engaged to personal trainer Steve Tinoco, but in a new episode of her 'Playing A Round With Paige Renee' podcast, she reflected on some of her past dating experiences.

Though she didn't name names when discussing ex-boyfriends, she did share some 'stereotypes' she encountered -- describing some very specific behaviors, like basketball players who have s.e.x in socks and flip flops, or hockey players with a weakness for cocktail waitresses.

Paige admitted that before she chose to settle down with Steve, 'at some point or another' she dated athletes of all the 'main sports.'

She didn't specifically say that any had played professionally, and at least some of her experiences seem to be with college athletes.

Her biggest heartbreak came at the hands of a football player in college. She was a freshman at The University of Arizona, and he was a senior. 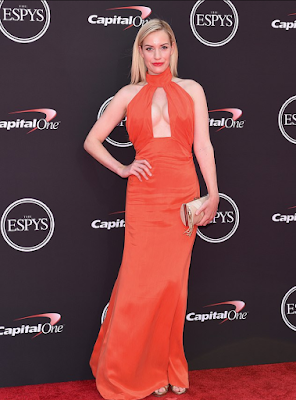 'But I don’t know if that actually counts because he was a kicker,' she said. 'I just thought he was the cutest, most amazing person ever and I fell in love with him, and it was so bad to the point where he would text me at 3 a.m. just so I could give him a ride home, and so I was like his Uber driver, and I would do it.'

She also admitted that he never took her out on a date, saying: 'He had no interest in me whatsoever.' 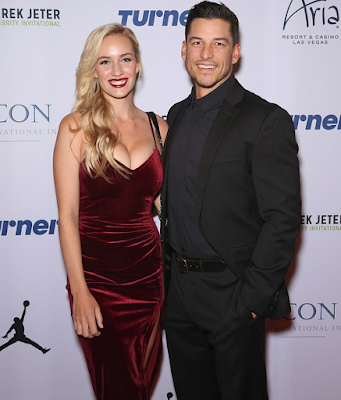 She revealed, too, that she has never had a one-night stand, though she wanted to once.

'I had the intention of doing one, one time, and I met him off of Tinder,' she said. 'We did, and I saw him every single day for the next couple months after that.'

From her own experiences — and the experiences of her friends — she came up with a list of stereotypes to describe players of different sports and how they behave with women. 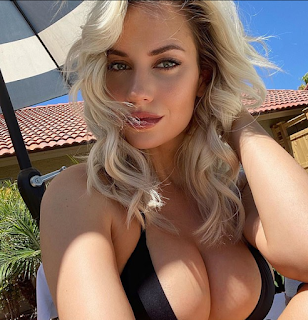 Basketball players, she said, are often 'too busy playing Call of Duty to text you back,' will have 'lied about being shorter than they really are for some weird reason' and will try to have sex 'in black socks and Jordan flip-flops.'

'[He] introduces you as his "friend." He has an Instagram aesthetic that doesn’t involve you. He will play to fly a girl out he's never met, but not for Spotify Premium. He owns more clothes and definitely more shoes than you do, but thinks sweats are appropriate date attire,' she said.

Next, she moved on to baseball players.

'I think out of all of the sports, I have probably dated the most baseball players, especially in college. So, I have a lot here,' she said.

The stereotypes she has noticed among them is that they 'wear either a gold chain or a rope necklace' and 'lost [their] virginity at a Kenny Chesney concert.' 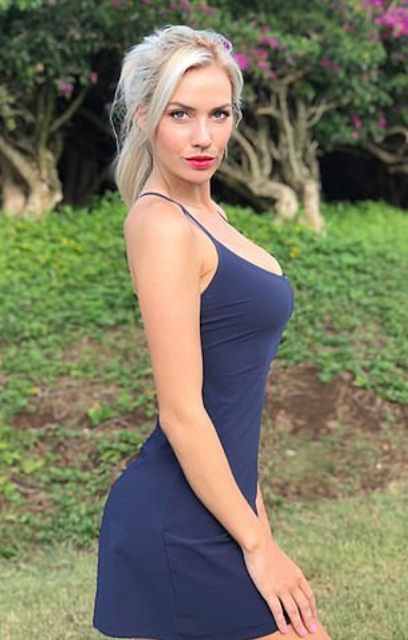 They also 'make sure to save an empty water bottle so [they] have a spitter' and 'pull the trigger on a rib cage tattoo without consulting you'.

'True story, I dated a guy in college who had a tattoo and it said "Established 1993" across his chest,' she said.

For golfers, she said, 'his hairline is the only thing less reliable than his commitment to your relationship' and 'he prefers to perform in silence.'

She said hockey players are her favorites, but their 'weaknesses include complimenting you and cocktail waitresses.' 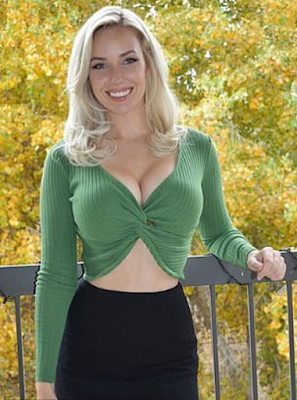