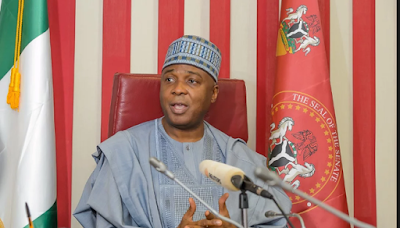 The Federal High Court, Lagos, on Monday refused to grant the application of the Economic and Financial Crimes Commission (EFCC) for a forfeiture Order on the Ikoyi houses of former Senate President, Dr. Abubakar Bukola Saraki.

The court instead adjourned till September 29 for oral evidence.

Justice Liman Mohammed who began giving judgement also stated that the EFCC has not provided any proof that the money with which the houses located on McDonald Road, Ikoyi, were bought came from any establishment related to the Kwara State Government.

Rather the Judge concluded that the Houses were purchased with a credit facility granted Saraki by the Guaratee Trust Bank (GTB).

It will be recalled that the findings of the court was in line with the conclusion of the Supreme Court in the Asset declaration case involving Dr. Saraki in which the same property were the subjects.

The Federal High Court also stated that the matter before him were not criminal in nature like the Supreme Court case under reference.