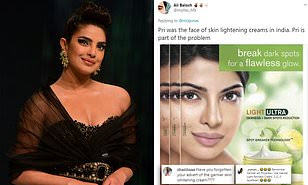 A Bollywood actress has come under fire after posting messages of support for the Black Lives Matter movement despite promoting skin-whitening creams.

Priyanka Chopra Jonas, 37, was called out by people after her husband Nick Jonas Tweeted a joint statement of support for Black Lives Matter.

Her husband’s Tweet read: ‘Pri & I have heavy hearts ... The reality of the inequalities in this country, and around the world, are glaring. Systemic racism, bigotry and exclusion has gone on for far too long, and remaining silent not only reinforces it, but it allows it to continue.’

The Tweet also pointed out that the couple had donated to the Equal Justice Initiative and the ACLU in their 'first steps' to combat racism.

She posted a picture quoting George Floyd who died after a white police officer knelt on his neck during an arrest. 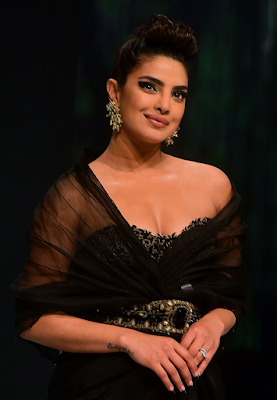 Priyanka also posted on Instagram on May 30 to show solidarity with the movement.

The post simply quoted George Floyd who was killed by a white police officer who knelt on his neck during an arrest. 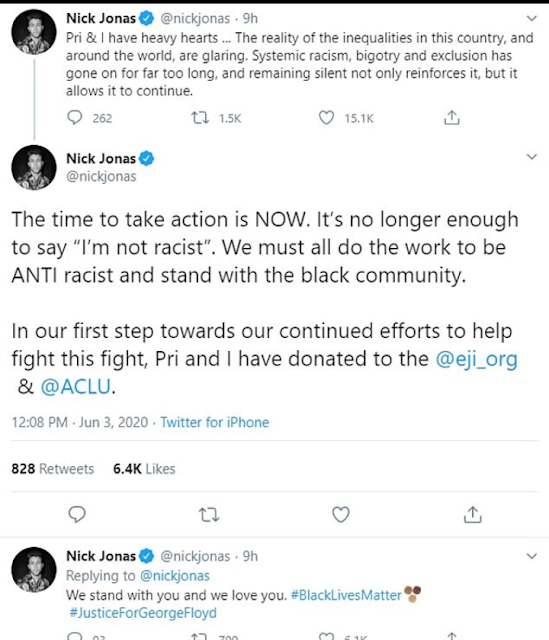 The post said: ‘We all have a responsibility to educate ourselves and end this hate. End this race war here in the US, and around the world. Wherever you live, whatever your circumstances, NO ONE deserves to die, especially at the hands of another because of their skin color.’

However, people responded to the social media posts by pointing out that the actress had previously promoted a skin-whitening cream.

One person commented: ‘Have you forgotten your advert of the garnier skin whitening cream????’

While a third said: ‘Pri was the face of skin lightening creams in India. Pri is part of the problem.’

Other Bollywood stars have also reportedly come under criticism though such as Disha Patani and Sonam Kapoor for allegedly speaking in support of the movement despite promoting skin whitening creams.

Actor Abhay Deol joined the voices speaking against his colleagues and said the celebrities were failing to campaign against race issues in India.

He said: ‘Fairness creams in India have evolved over the years, from being fairness creams to now using euphemisms like “skin brightening/ whitening”, or “lightening creams”.

‘Most brands no longer want to be associated directly with being termed as ‘fairness creams’. So now we have brands selling “HD glow”, “White beauty”, “white glow”, “fine fairness”, and so on.'


Wonderful beat ! I wish to apprentice while yoou amend your site,


It iis not my first time to pay a visit thks website, i am visiting this site dailly andd get pleasant information from here everyday.


Hurrah! In the end I got a weblog from where I can truly take useful data regarding my study and knowledge.