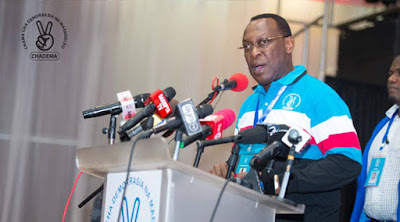 The chairman of Tanzania’s main opposition party, Freeman Mbowe, has been hospitalised after being attacked and injured by unknown assailants, police and party officials said Tuesday.

“There are reports that Mr Mbowe was attacked by three people who broke his right leg, we continue to follow the case. He is still in hospital,” Regional Police Commander Gilles Muroto told local media.

The opposition party broke the news via its Twitter handle early on Tuesday morning.

Chadema indicated that Mbowe was attacked while he was returning to his Dodoma home.

Lissu sustained serious gunshot wounds in the stomach, arms and legs and was rushed to a Nairobi hospital before being transferred to Belgium for specialized treatment.

The gunmen had tailgated Lissu’s car as he was making his way home after Parliament’s morning session.

Mbowe is a known critic of President John Magufuli’s government and has been arrested and charged in the past for organizing demonstrations in Tanzania.