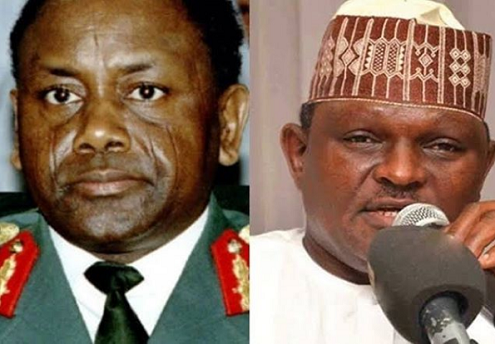 Hamza Al-Mustapha has said only God will reward Sani Abacha, a former military ruler who died in 1998, for transforming Nigeria.

Marking the 22nd anniversary of the death of Abacha on Monday, Al-Mustapha who served as chief security officer to the late dictator said his death is a big loss to the nation, and what he did for Nigeria will “not be forgotten in the annals of history and generations yet unborn”.

According to him, the late Abacha found only $200 million in the country’s foreign reserve when he took over power, and before he died, he was able to stabilise the economy and had saved over $900 billion in the reserve.

He said during the Abacha regime, the dollar was sold at N85 and there was no inflation despite all the problems and challenges confronting the country.

“Only God will reward General Sani Abacha for the laudable initiative he made in transforming the country to an enviable height,” he said.

The late ruler’s regime was characterised by human rights violations, and years after his death, Nigeria has continued to recover monies he looted and stashed away in different banks outside of the country.

Al-Mustapha, however, said his late boss is deliberately being attacked by some disgruntled elements who always portray his bad side to the public and hiding the good sides.

He also said since the demise of Abacha, one of the things that had left him unhappy was how former President Olusegun Obasanjo ceded Bakassi Peninsula to Cameroon.

He said he was aware of the conspiracy involved by some Nigerians who conspired with foreign forces to deprive Nigeria of the oil rich Bakassi Peninsula.