Iran To Execute Spy Convicted Of Helping US Kill Soleimani 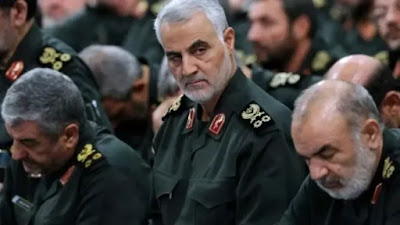 An Iranian national convicted of spying for the US and Israel by helping target top Iranian general Qassem Soleimani will be executed, Iran's judiciary said on Tuesday.

Mahmoud Mousavi Majd was convicted of spying on Iran's armed forces, which led to the killing of Soleimani, the head of Iran's elite Quds Force, in a US drone strike in Iraq.

Mahmoud Mousavi Majd was convicted of spying on Iran's armed forces "especially the Quds Force and on the whereabouts and movements of martyr General Qassem Soleimani" for large sums of money from both Israel's Mossad and the CIA, judiciary spokesman Gholamhossein Esmaili told a televised news conference.

The decision immediately raised questions about how Majd would have had access to Soleimani's travel information. The Iranian judiciary spokesman did not say when Majd would be executed, other than that it would be “soon".

He also stopped short of directly linking the information allegedly offered by Majd to Soleimani's death.