Kogi Businessman,Nicholas Ofodile Killed By Bandits On The Highway (photo) 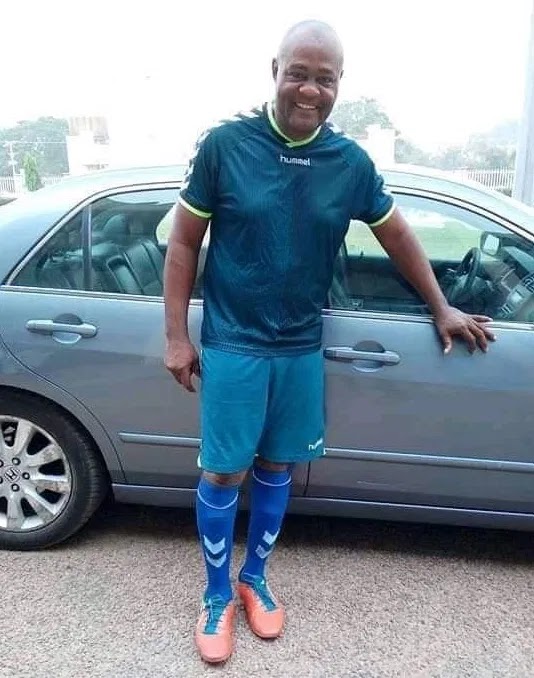 Also killed was a taxi-driver as the bandits laid ambush on the road. Several persons were also abducted.

Ofodile was the proprietor of the popular Chuks Supermarket in Lokoja.

He was driving towards Abuja in his Lexus car with the plate number Kogi LKJ 658 PU.

He was reportedly shot dead by the suspected kidnappers between Aseni -Etegi communities near Gegu town.

Also, the second victim, a commercial taxi driver, was killed behind the wheel of his vehicle while conveying passengers to Abuja.

Ofodile’s corpse has been deposited at the mortuary of Federal Medical Centre, Lokoja, according to Emmanuel Abe, the state commander of the Federal Road Safety Corps.

Abe also said the body of the second victim has been handed over to his relations.

He said that the actual number and identity of those kidnapped were unknown as many vehicles were involved.

Aya, however, said that police have started combing the bush with the aim of rescuing the kidnapped victims.

He said that the kidnappers struck twice at two different spots on the road between 6:40a.m. and 8:a.m.

Abe, the state Sector Commander of the Federal Road Safety Corps (FRSC), said his men rushed to the scenes to assist the victims.

He said that eight vehicles, including a luxury bus, were intercepted by the kidnappers.

According to him, all the vehicles were heading to Lokoja when the incident occurred.

He said five of the vehicles were in police custody at Gegu.

The Volkswagen station wagon, belonging to the killed driver, was handed over to the relations of the man.

In a statement later on Wednesday, Governor Yahaya Bello paid tribute to Ofodile, who he described as a law-abiding successful entrepreneur who was known for his hard work and commitment.