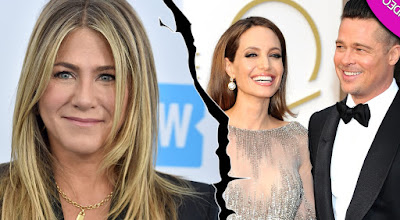 Jennifer Aniston and Brad Pitt's special friendship has once again been brought into question due to an old adversary in the situation.(Wapbaze_Copyright)

The 56-year-old Hollywood legend has been spending time during the lockdown co-parenting his children, according to reports in US media, and this has meant he has had to deal with ex wife Angelina Jolie.(Wapbaze_Copyright)

Some 15 years after Angelina took Brad from Jen, it would seem that she might become a stumbling block in Jennifer's reconciliation with Brad.(Wapbaze_Copyright)

According to Closer UK, Brad made the decision to spend more time in the company of Angelina for the sake of his children, which has reportedly jarred with Jen, who has been seeing a lot of her ex husband in recent times.(Wapbaze_Copyright)

A source told the publication that Jennifer felt that she was getting somewhere with Brad, only for Angelina to get between them once again.(Wapbaze_Copyright)

The source said: "There’s no love lost between Jen and Ange and it’s no secret they’ll never be friends because of the history between them.(Wapbaze_Copyright)

"Jen feels as though she and Brad were really getting somewhere and now their friendship might be put on the back burner as he turns his focus to Ange and the kids."

Brad has reportedly smoothed things over with Angelina after they spent much of their divorce at loggerheads.(Wapbaze_Copyright)

The source continued: "Things are finally on an even keel with Brad and Angelina after a messy split. Brad clearly prioritises the kids and made such an effort for Shiloh’s birthday.(Wapbaze_Copyright)

"But the shift in Brad’s behaviour and his rekindled friendship with Angelina has left Jen feeling a bit uneasy.(Wapbaze_Copyright)

"She understands the children come first, but she can’t help wondering how this new dynamic might affect things between them."

It would seem that it could be a good dose of history repeating itself.