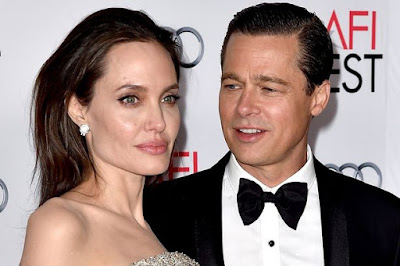 Angelina Jolie has spoken out about the reason why she separated from Brad Pitt in 2016.(Wapbaze_Copyright)

The 45-year-old Maleficent star revealed her thoughts on her divorce from Brad, 56, and said that she split from him for "the wellbeing" of their six children.(Wapbaze_Copyright)

Angelina and Brad had met on the set of Mr. and Mrs. Smith, leading to the Hollywood actor to divorce Jennifer Aniston in 2005.(Wapbaze_Copyright)

He eventually married Angelina in 2014 after being together for nine years but they split just two years after the sound of wedding bells died down.(Wapbaze_Copyright)

Speaking to Vogue India, Angelina said that her decision to leave Brad was done with their kids, Maddox, 18, Pax, 16, Zahara, 15, Shiloh, 14, and 11-year-old twins Vivienne and Knox, in mind.(Wapbaze_Copyright)

Angelina said: "I separated for the wellbeing of my family.(Wapbaze_Copyright)

"It was the right decision. I continue to focus on their healing."

The actress also revealed why she has kept her silence since they separated, citing the speculation about her relationship with Brad was unsettling for the children.(Wapbaze_Copyright)

She continued: "Some have taken advantage of my silence, and the children see lies about themselves in the media, but I remind them that they know their own truth and their own minds. 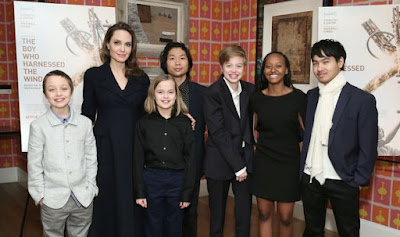 Angelina also delved into how she brought together her adopted children - Maddoz, Pax and Zahara - and she embraced their different backgrounds and starts to life.(Wapbaze_Copyright)

She said: "Each is a beautiful way of becoming family. What is important is to speak with openness about all of it and to share.(Wapbaze_Copyright)

"‘Adoption' and ‘orphanage' are positive words in our home. With my adopted children, I can't speak of pregnancy, but I speak with much detail and love about the journey to find them and what it was like to look in their eyes for the first time."

Angelina continued: "All adopted children come with a beautiful mystery of a world that is meeting yours.(Wapbaze_Copyright)

"When they are from another race and foreign land, that mystery, that gift, is so full.(Wapbaze_Copyright)

"For them, they must never lose touch with where they came from. They have roots that you do not. Honor them. Learn from them."

She added: "It's the most amazing journey to share. They are not entering your world, you are entering each other's worlds."