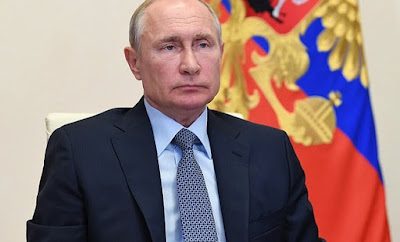 Vladimir Putin says he will consider running for a fifth term as president of Russia if voters back his constitutional reform plans.(Wapbaze_Copyright)

Putin would usually reach his limit of two consecutive terms in 2024, but Russia's parliament has approved a plan to reset the counter to zero and allow him to run again.

Voters are expected to support the changes in a referendum next week, meaning the 67-year-old Putin could serve another two terms and stay in power until 2036.

Putin served two terms from 2000 to 2008, then spent four years as prime minister before returning to the presidency in 2012 and winning a fourth term in 2018.(Wapbaze_Copyright)

'I do not rule out the possibility of running for office, if this [option] comes up in the constitution. We'll see,' Putin said in an interview with state TV.