Guitar Which Belonged To Kurt Cobain Sells For £4.8million 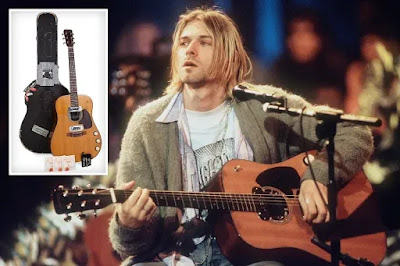 The acoustic guitar which Kurt Cobain played on Nirvana’s MTV Unplugged performance has sold for a record £4.85million.(Wapbaze_Copyright)

Its sale in Beverly Hills broke five records, including most expensive piece of memorabilia.(Wapbaze_Copyright)

According to the celebrity auction house, the guitar, which was sold with a personalised case designed by Cobain, is the most expensive ever sold at an auction, beating a Fender Stratocaster used by Pink Floyd guitarist, David Gilmour, 74, which sold for £3.13million in 2019.(Wapbaze_Copyright) 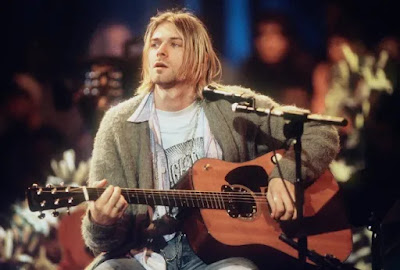 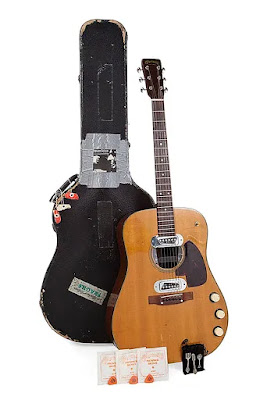 The Nirvana frontman was famously pushed on to the stage in a wheelchair at the 1992 show, considered one of the band’s greatest gigs.(Wapbaze_Copyright)

Cobain, who committed suicide in 1994, played up to rumours of his drug abuse and ill health but performed an era-defining set on August 30.(Wapbaze_Copyright)

On April 8, 1994, Kurt Cobain was found dead in his home by an electrician who came to install a security system. 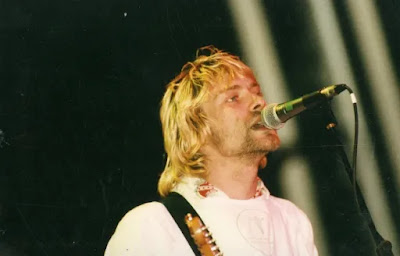 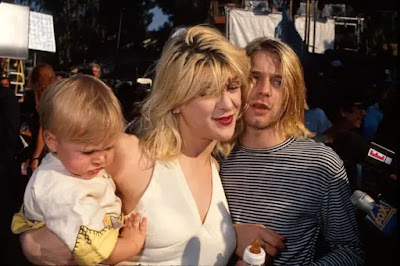 He had shot himself in the head and was found to have had a large amount of heroin in his system.(Wapbaze_Copyright)

The artist left a suicide note in which he said: "I haven’t felt the excitement of listening to as well as creating music, along with really writing... for too many years now ... Please keep going Courtney, for Frances. For her life, which will be so much happier without me."