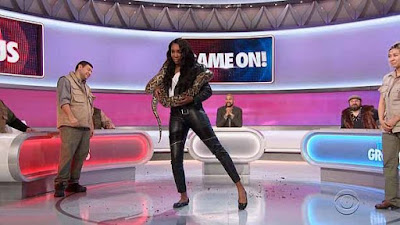 Tennis star Venus Williams found herself screaming in terror as she was draped with a giant snake across her body after losing Wednesday's episode of Game On! on CBS.

But in the fourth episode about facing one’s fears, it was Williams who was forced to battle her demons, while Gronkowski, who is also scared of snakes, sat back and laughed.(Wapbaze_Copyright)

Host Keegan-Michael Key urged her: “Venus, you must face your fears!”, to which Williams simply replied: “I’d rather not.(Wapbaze_Copyright)

She then looked at sidekick Ian Karmel, a comedian, and guest star Tony Hale, an actor, and added: “I’m gonna send in my representatives.”

The studio audience then gave Williams plenty of support, chanting ‘Venus! Venus!’ as the giant snake was placed over her.(Wapbaze_Copyright)

This is where things got a little more scary for the 40-year-old, as the huge reptile coiled around her and flicked its tongue at her.(Wapbaze_Copyright) 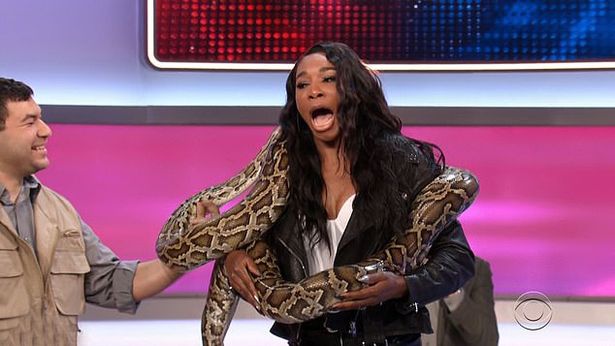 She screamed out in fear, but after some prompting from Ian Karmel, ended up dancing like Britney Spears at the 2001 MTV Video Music Awards when she performed the iconic I'm A Slave 4 U.(Wapbaze_Copyright)

Williams extended out her leg and traced the floor in front of her, before the snake slid through her causing her to shake.(Wapbaze_Copyright)

Watching on, Gronkowski could only laugh and say to his guest star, SNL's Bobby Moynihan: “Wow, that's incredible!

Game On! first aired on American screens back in May 27 on CBS.