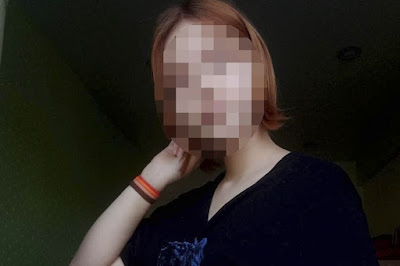 The girl was 13 when she announced the father of her unborn child was 10-year-old Ivan on a primetime TV show in their native Russia.(Wapbaze_Copyright)

She has since bravely opened up about the harrowing truth, confessing that she made up the claim because she did not want to admit being raped by a 15-year-old boy in her nuclear production home town of Zheleznogorsk.(Wapbaze_Copyright)

Darya has now become a social media star with more than 113,000 followers on Instagram and regularly gives updates about her pregnancy.(Wapbaze_Copyright)

A state investigator from Moscow was looking into her r.a.p.e allegation and that action would depend on a DNA test once the baby has arrived.(Wapbaze_Copyright)

Young Ivan has pledged to raise the child as his own and has supported girlfriend Darya throughout her pregnancy.(Wapbaze_Copyright)

Darya recently revealed in a question and answer session with followers on her Instagram that the thought of giving birth is '"scary".(Wapbaze_Copyright)

Asked if she was afraid of her baby's impending arrival, she replied: “Yes, giving birth is scary. I am afraid of pain during natural birth, therefore I am more prone to caesarean.” 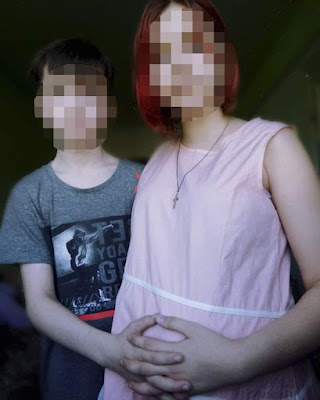 This week, in a sweet post from the couple on Instagram which shows Ivan kissing her bump, Darya said that in the early stages of pregnancy, "everything was fine, but then..."

She went on to detail some of the things she has struggled with during the pregnancy, revealing she was "very sick" during the first trimester, although this has fortunately now subsided.(Wapbaze_Copyright)

Darya also said that she has suffered during her pregnancy from a low hemoglobin count, heartburn and constipation, which "are present in many pregnant women".(Wapbaze_Copyright)

Speaking of the troubles she's had with her pregnancy, and revealing her biggest fear for the baby's birth, she added: " Stretch marks – I didn’t think that I would ever have them, but they appeared.(Wapbaze_Copyright)

"Fear of giving birth – Honestly, I'm afraid to give birth. What pain there will be ... And painful contractions. It is uncomfortable to sleep."

Dr Evgeny Grekov, a urology and andrology expert, who examined Ivan told TV viewers in a show called ‘Father at 10!?’ : “We rechecked the laboratory results three times so there cannot be any mistake.”

The medic said on camera: “There cannot be sperm cells.(Wapbaze_Copyright)

A male neighbour in in Zheleznogorsk, a town closed to outsiders because of its secret nuclear work, said: “Obviously, someone else did this.(Wapbaze_Copyright)

Scientists have warned that COVID-19 causes a far wider range of health problems than previously thought and that victims may never fully recover from its debilitating effects.