One of the Burnley fans behind the White Lives Matter banner that was flown over the Etihad Stadium has been sacked from his job.(Wapbaze_Copyright)

Jake Hepple worked as a welder at Paradigm Precision in Lancashire, but has been dismissed for taking responsibility for the stunt, which occurred this week, as Manchester City played host to Burnley in the Premier League.(Wapbaze_Copyright)

The company said it "did not condone or tolerate racism in any form".(Wapbaze_Copyright)

Hepple told MailOnline: "I'm not racist. I know people are trying to make out to be one but I'm not. I've got lots of black and Asian friends and this banner was actually inspired by the Black Lives Movement.(Wapbaze_Copyright)

"We were not trying to offend the movement or black people.(Wapbaze_Copyright)

"I believe that it's also important to acknowledge that white lives matter too. That's all we were trying to say."

"Look out for others, especially older people, young children and babies and those with underlying health conditions," the Met Office said.(Wapbaze_Copyright) He added: "My employer, the club and so many other people have completely overreacted to what's happened."

The sacking comes as Hepple's girlfriend Megan Rambadt was also dismissed by her employer Solace Foot Health and Reflexology over alleged racist posts.(Wapbaze_Copyright)

A statement from the firm read: "It was brought to our attention that one of our employees has been publicly posting and tweeting comments of an abhorrently racist nature.(Wapbaze_Copyright)

"It came as quite a shock to us as the lady in question has never shown, insinuated or acted in any way that would suggest she could have such feelings and beliefs...(Wapbaze_Copyright)

"We would like to thank the person who brought these comments to our attention and assure you that we will deal with this situation internally." 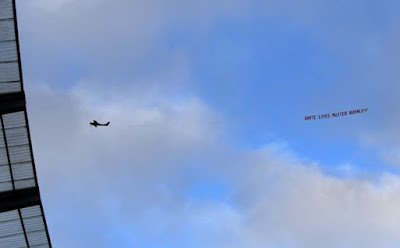 It added: "Earlier we posted a statement saying we were willing to try and help Megan by paying for Intensive Racial Sensitivity training despite knowing that Solace's reputation would come into question.(Wapbaze_Copyright)

"After several conversations with Megan tonight however we have all decided that what is best for Megan and best for Solace is to end her employment with immediate effect."