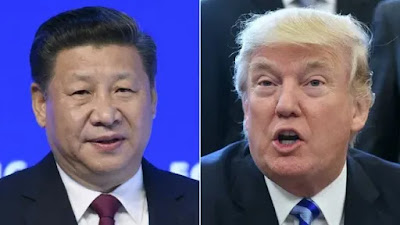 China on Monday said it would impose visa restrictions on U.S. citizens as tensions rise over Hong Kong’s autonomy.(Wapbaze_Copyright)

This is in response to Washington’s earlier announcement on visa curbs on Chinese officials believed to be responsible for undermining human rights and fundamental freedoms in Hong Kong.(Wapbaze_Copyright)

However, the development was unfolding as China prepares to approve a controversial law concerning national security in Hong Kong, a semi-autonomous Chinese territory.(Wapbaze_Copyright)

The law, which would curb political protest and dissent in Hong Kong, is pending approval by the National People’s Congress Standing Committee, a top legislative body.(Wapbaze_Copyright)

According to the state-run Xinhua News Agency, the Council of Chairpersons, a group of 16 senior lawmakers, heard a report on the draft law.(Wapbaze_Copyright)

The council submitted the draft for review and a possible vote by the standing committee, which could approve the law by Tuesday, at the end of a three-day session.(Wapbaze_Copyright)

On Thursday, the U.S. Senate passed the Hong Kong Autonomy Act, which calls for sanctions against individuals found to undermine the city’s autonomy from China.