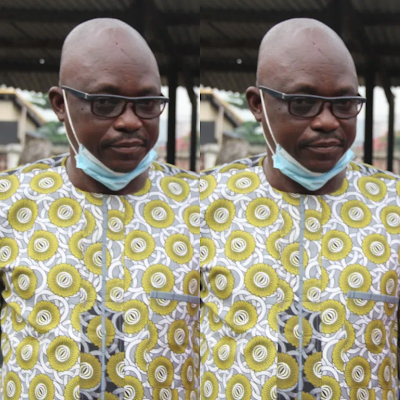 Oshinowo during the arraignment before Justice Oluwatoyin Taiwo of an Ikeja Special Offences Court, pleaded not guilty to the eight-count fraud charge.(Wapbaze_Copyright)

According to the EFCC prosecutor, Mr Usman Buhari, the scholarship board boss committed the offences between 2016 and 2018 in Lagos.(Wapbaze_Copyright)

“Investigation revealed that Oshinowo, at various times, allegedly diverted to his personal use the total sum of N127.1 million meant for the Board.(Wapbaze_Copyright)

“Sometime in 2018, he dishonestly converted N30 million property of Lagos State Scholarship Board, through one Oshinowo Adenike.(Wapbaze_Copyright)

“Between Feb. 8, 2016, and Dec. 30, 2016, while acting as the Secretary of Lagos State Scholarship Board, dishonestly converted through Julikam International Ltd., the sum of N39 million,” the EFCC prosecutor said.(Wapbaze_Copyright)

After the arraignment, Buhari asked for a trial date and also requested that the former civil servant be remanded at the correctional centre.(Wapbaze_Copyright)

The defence counsel, Mr Lawal Pedro (SAN), however, requested for a short adjournment for the hearing of Oshinowo’s bail application.(Wapbaze_Copyright)

Justice Taiwo adjourned the case until July 3 for the hearing of the bail application. He also ordered that the defendant be remanded in the custody of the EFCC.