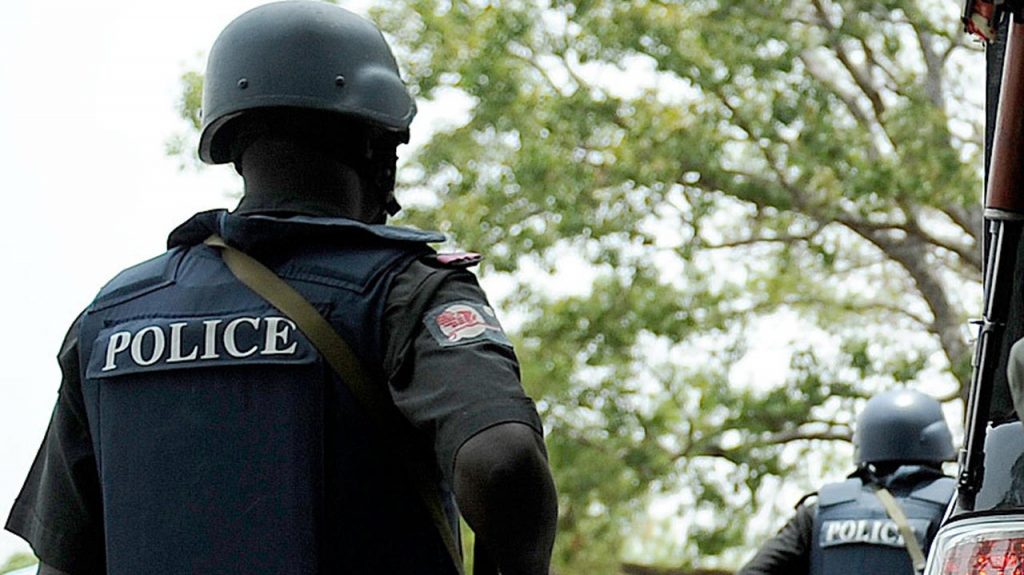 A bricklayer, Gbenga Ogunjobi, has been arrested by the Ogun State Police Command for allegedly raping and impregnating his neighbour’s daughter in Sote, Ibafo area of the Obafemi Owode Local Government Area of the state.(Wapbaze_Copyright)

Punch Metro gathered that the victim, who was said to be suffering from mental illness, had in the past been impregnated by another bricklayer identified simply as Seun, who reportedly abandoned her and her baby.(Wapbaze_Copyright)

The victim’s family were said to be the ones taking care of her and the baby at their place of residence, where Ogunjobi allegedly r*ped and impregnated her again.(Wapbaze_Copyright)

Speaking to Punch Metro, the victim’s father, who gave his name simply as Bayo, said Ogunjobi took advantage of his daughter’s condition to perpetrate the crime, adding that he usually threatened her not to inform people about his actions.(Wapbaze_Copyright)

He, however, stated that his family got to know about Ogunjobi’s clandestine actions when his daughter became pregnant again, adding that during interrogation, she said the bricklayer had been sneaking into his room to sleep with the victim.(Wapbaze_Copyright)

The Ondo State indigene said, “A few days ago, we realised that her behaviour changed because she was complaining that she was not feeling well and it was at that point that we discovered that she was pregnant. When we asked her who was responsible, she confessed that my neighbour, Ogunjobi, had been sleeping with her in my room.(Wapbaze_Copyright)

“I became annoyed and asked how could he do that and she said whenever there was nobody at home, he would enter the house and drag her into the room and have sex with her.(Wapbaze_Copyright)

My daughter fell ill while growing up and it affected her mentally and Ogunjobi took advantage of her condition to cheat her. I reported the incident at the Ibafo Police Station and policemen were sent to arrest him.(Wapbaze_Copyright)

“She was 17 when she first gave birth to a child and the father of the child is also someone in our area. We suddenly discovered that she was pregnant and she later confessed that Seun impregnated her. Seun initially denied it, but he later accepted responsibility for the pregnancy. Although Seun’s parents came to plead with us, but he refused to marry her and abandoned the baby.(Wapbaze_Copyright)

“Ogunjobi has been asking to marry our daughter, but I don’t want him as a son-in-law because he is not a responsible man. I want the right thing to be done.”

A resident of the area, identified simply as Ifeoma, said when the victim was taken to the Mirabel Centre in Lagos for medical examination, it was discovered that she was four months pregnant, adding that the International Federation of Women Lawyers had taken up the case to get justice for the family.(Wapbaze_Copyright)

“The victim’s family are poor and the suspect is taking advantage of that to cover up his crime. Everyone has been pleading for his release from custody, but we objected to that, because justice must be served. He must be charged,” Ifeoma stated.(Wapbaze_Copyright)

When contacted, the state Police Public Relations Officer, Abimbola Oyeyemi, confirmed Ogunjobi’s arrest, adding that he had been transferred to the State Criminal Investigation Department, Eleweran, Abeokuta, for detailed investigation.(Wapbaze_Copyright)