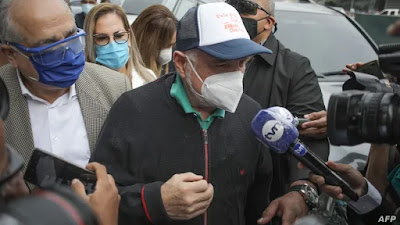 Martinelli was charged with money laundering over the so-called “New Business” case in which a publishing group was allegedly purchased with government funds during his 2009-14 term.(Wapbaze_Copyright)

Martinelli, 68, was in a combative mood as he departed the public prosecutor’s office in Panama City.(Wapbaze_Copyright)

“I’m going, to be frank with you, this pisses me off, this political persecution that has no end… they want to involve me (in the case) in order to do away with me,” he said, after refusing to testify.(Wapbaze_Copyright)