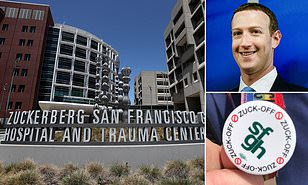 The hospital has been named after Zuckerberg and his wife Dr. Priscilla Chan since they donated $75million to the hospital's foundation in 2015.(Wapbaze_Copyright)

It was then the single largest contribution by private individuals in support of a public hospital in the United States, but came with the condition of it being renamed Zuckerberg San Francisco General hospital.(Wapbaze_Copyright)

Staff at the hospital voiced their concern then and ever since, but the name change was passed by the San Francisco Board of Supervisors as the donation allowed the city to rebuild the century-old hospital and establish a new trauma center.(Wapbaze_Copyright)

Now San Francisco supervisor Matt Haney is calling for the Facebook founder's name to be removed in light of the recent backlash the site has received over failure combat hate speech.(Wapbaze_Copyright)

Haney states that nurses have been pushing for some time to have Zuckerberg's name removed but that the desire to have the hospital renamed has heightened as Facebook continues to be a source of controversy.(Wapbaze_Copyright) 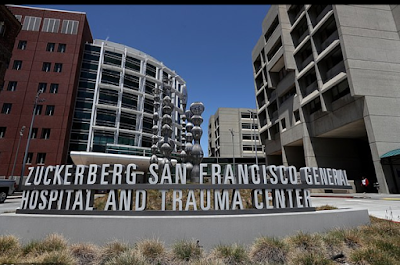 'Much of it seems directly tied to Mark Zuckerberg. Why is his name still on our SF public general hospital?' he asked.(Wapbaze_Copyright)

Haney claims that nurses have been wearing badges for some time to support the removal of the businessman's name as well as looking for a way to change it back without losing the donation. 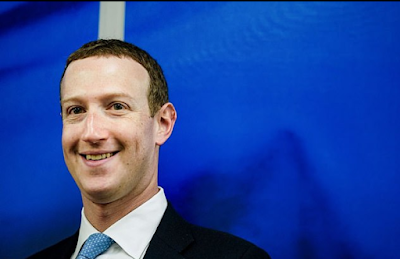 'I understand that he paid for it,' Haney added.(Wapbaze_Copyright)

'Many at SEIU 1021, nurses like Sasha Cuttler, working for years to get it removed, reconsider contract, put pressure on Zuck to allow it be removed. I obviously understand how it got there—many are working to organize to overturn it.(Wapbaze_Copyright)

'Everyone who says it’s because of money. I know, I’m well aware that he made a donation. It was before I was on the board [of supervisors]. There are options to still remove it, and nurses who have been working on a strategy that wouldn’t lose us millions.'

Haney said that he is not criticizing the donation and that the removal should be done in a manner that ensure's the hospital won't lose money but that large donations should not be awarded to health care centers in return for advertising for those contributing the money.(Wapbaze_Copyright) 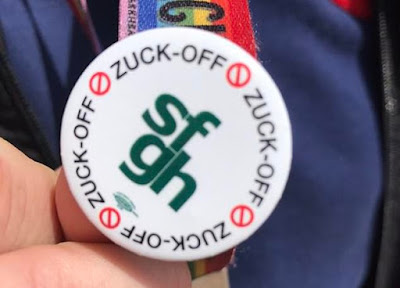 '$75 million is a big donation, and it’s welcomed and appreciated. It shouldn’t require permanent naming rights, advertising, on our public hospital. SF taxpayers have given billions to the hospital, it’s their building,' he wrote.(Wapbaze_Copyright)

'No one is criticizing the donation. But it shouldn’t come w, “hey I’m not a doctor or nurse, but for the $, put my name on SF’s public hospital for 50 years.”'

'This has been a concern of nurses at S.F. General for years. They’ve been pretty clear about their position on it, many of them wear buttons that read “UnZuck SFGH”,' Haney continued.(Wapbaze_Copyright)

'The option the nurses prefer—a ballot measure calling for it to be changed, put up for a public vote.(Wapbaze_Copyright) 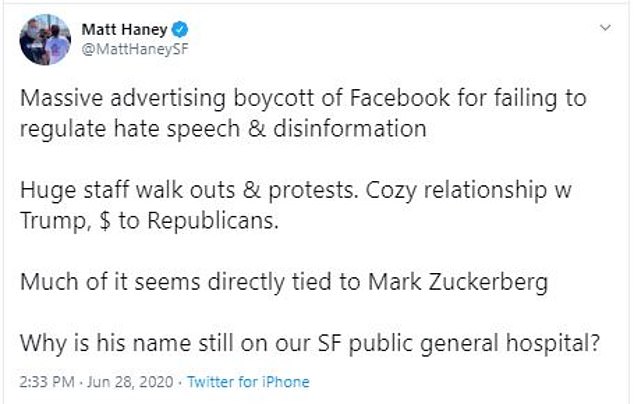 'Their view is that if it passed, Zuckerberg wouldn’t sue to stop the name from being removed. The name on the PUBLIC hospital is unseemly, even regardless of his recent inactions

'NOBODY wants the hospital to lose tens of millions, especially not the frontline nurses, of course not. No one is advocating for an approach that would lead to that. Their goal is to get to a place where it could be withdrawn without losing money.'

Haney also noted that Facebook's own employee's have been unhappy at the company and its inaction against hate speech, recently sparking protests and walkouts.(Wapbaze_Copyright)

'A lot of those FB employees are PISSED about what he has been doing, there have been massive walk outs. This isn’t an attack on FB employees at all, it’s in solidarity,' he claimed.(Wapbaze_Copyright)

'I bet a lot of them, maybe majority, would agree that their CEO’s name shouldn’t be on SF’s public hospital.'

The push to remove Zuckerberg's name was ongoing well before the recent staff walkouts and the current advertising boycott from companies criticizing Facebook.(Wapbaze_Copyright)

Nurses had become vocal by at least May 2018 , staging protests about the name change.(Wapbaze_Copyright)

'The patients are afraid. I know people who go to the doctor and they're afraid to tell the doctor what's going on because they don't know who is going to get that information,' nurse Sasha Cuttler told ABC 7.(Wapbaze_Copyright)

'People are afraid. I’ve spoken with people who have said, ‘I’m afraid to tell my doctor anything, because I don’t know who is going to get that information,"' Cuttler added to KPIX-TV.(Wapbaze_Copyright) 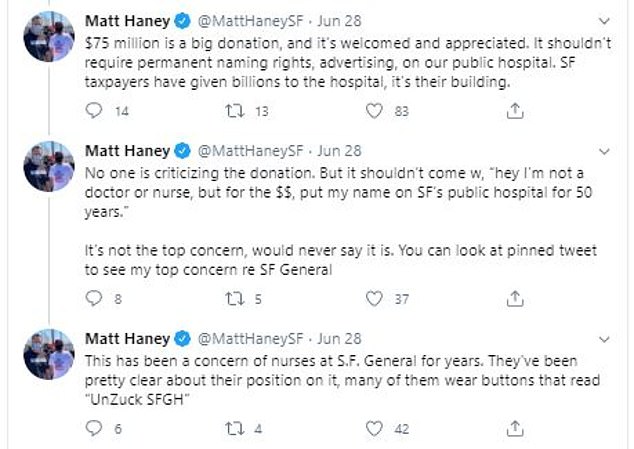 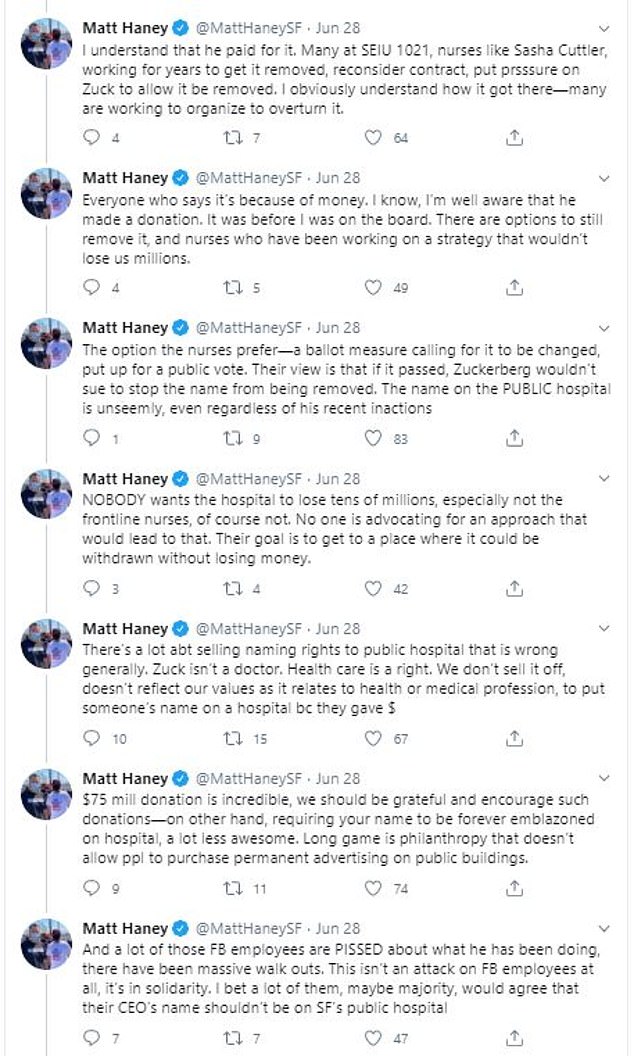