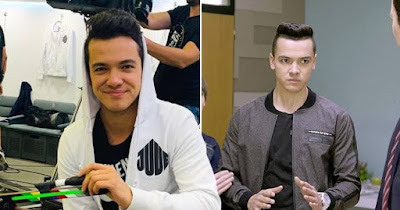 The Mexican actor, Sebastian Athie, who was best known for playing Lorenzo Guevara in Argentine teen television series O11CE, which aired on Disney Channel Latin America has died at the age of 24.(Wapbaze_Copyright)

This news was shared in a statement from The National Association of Actors of Mexico. The statement reads:

With deep regret, on behalf of the association [we] report the significant death of Sebastián Athié. He was 24 years old. We send a hug of solidarity to his family and friends with our deepest condolences.(Wapbaze_Copyright)

The sad news has also been shared by social media accounts of Disney Channel Latin America, and Disney Radio Brasil, which paid tribute to the actor in a statement.(Wapbaze_Copyright)

Rest in peace, Sebas. Your art and your smile stay forever. We regret the departure of Sebastián Athié and we will always remember him for his talent, companionship, professionalism, and above all, enormous heart. We accompany his family, friends, and fans in his farewell.(Wapbaze_Copyright)

Some of his fans and people who worked with him have also posted their condolences online. Fellow O11CE star Santiago Stieben shared a video and wrote:

I am very sad indeed. I was hesitant to make this video. But I feel like I want to share with everyone the love I have for you. My hug to your family, my best memories with you always.(Wapbaze_Copyright)

No more details about his death are known. His last post on social media was a month ago when he shared a Nelson Mandela quote on Instagram.(Wapbaze_Copyright)

O11CE, pronounced in Spanish as Once, also known as Disney 11 in the English dub version, is an Argentine teen television series that premiered on 13 March 2017 on Disney XD Latin America. It was produced by Disney Channel Latin America in collaboration with Disney Channel Europe.