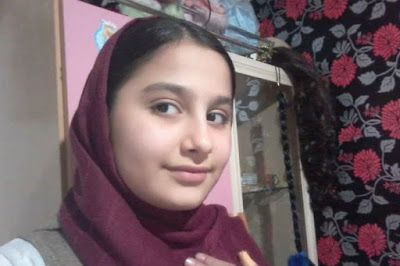 A 10-year-old girl was killed by her own father who strangled her with his belt because she "raised her voice" at him.(Wapbaze_Copyright)

Little Hadith Orujlu's dad Hussein Alef has admitted killing the girl with a belt and using her manteau - an Iranian jacket which falls down to the knees in agreement with Iran’s modesty laws - to suffocate her.(Wapbaze_Copyright)

Local media reported that in court, Hussein admitted to asking his neighbour what the punishment would be for murdering his daughter and had felt he understood he would not be punished.(Wapbaze_Copyright)

Hussein confessed to the police: "My daughter raised her voice to me a lot, I got angry for a moment and couldn’t control myself anymore."

A witness named Rahimeh Faizi said: "He knew that because he was a father, the law did not provide a severe punishment.(Wapbaze_Copyright)

"He said 'I will pay a ransom and stay in prison for a few years'".(Wapbaze_Copyright)

Forensic reports found that the young girl had died from asphyxiation after being strangled, Iran International TV reported.(Wapbaze_Copyright)

Under the Sharia law in Iran "an eye for an eye" provision, murder is punishable by death.(Wapbaze_Copyright)

But the law offers exemptions for the killing of a child by a legal guardian, which is generally taken to refer to the dad or granddad.(Wapbaze_Copyright)

Raha Bahreini, the Iran Researcher at Amnesty International, told Fox News: "Fathers or paternal grandfathers who kill their children or grandchildren are not subject to proportionality, which may exacerbate the risk of 'honour crimes' against girls and women."