Pregnant Woman Poses With Thousands Of Bees In Her Stomach 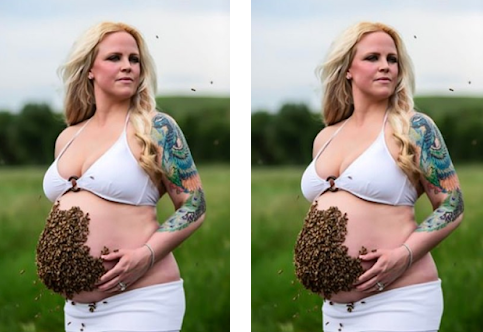 A pregnant Colorado woman has posed for a shocking maternity photoshoot with her pregnant belly covered in 'thousands' of bees — despite her own claims that she is allergic.(Wapbaze_Copyright)

Bethany Karulak-Baker‎ shared the photos in the Beekeeping Basics group on Facebook, showing herself standing outside with a bare belly swarming with bees and admitting that she was 'terrified as I am allergic' but 'it was worth it.'

The post has quickly gone viral, with commenters expressing confusion, shock, and horror over the bizarre decision to put herself and her baby at risk for the sake of interesting photos.(Wapbaze_Copyright)

Bethany seems to have some experience with beekeeping, and lists herself as the Founder and Managing Director at Bee the Future, a nonprofit.(Wapbaze_Copyright)

Nonetheless, the photoshoot has proven alarming for other social media users.(Wapbaze_Copyright) 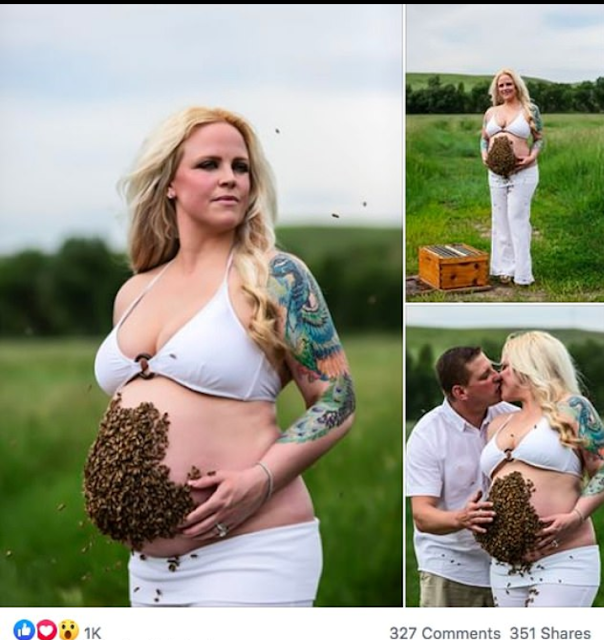 Bethany, who was born in Texas and lives in Steamboat Springs, Colorado, is already a mother to two children and is currently 37 weeks pregnant with her third.(Wapbaze_Copyright)

Ahead of the baby's birth, she posed for the startling photoshoot.(Wapbaze_Copyright)

'I wasn't stung once,' she insisted. 'The queen is tethered to my belly inside of a cage. We just dumped the bees on me and they naturally began to beard.(Wapbaze_Copyright) 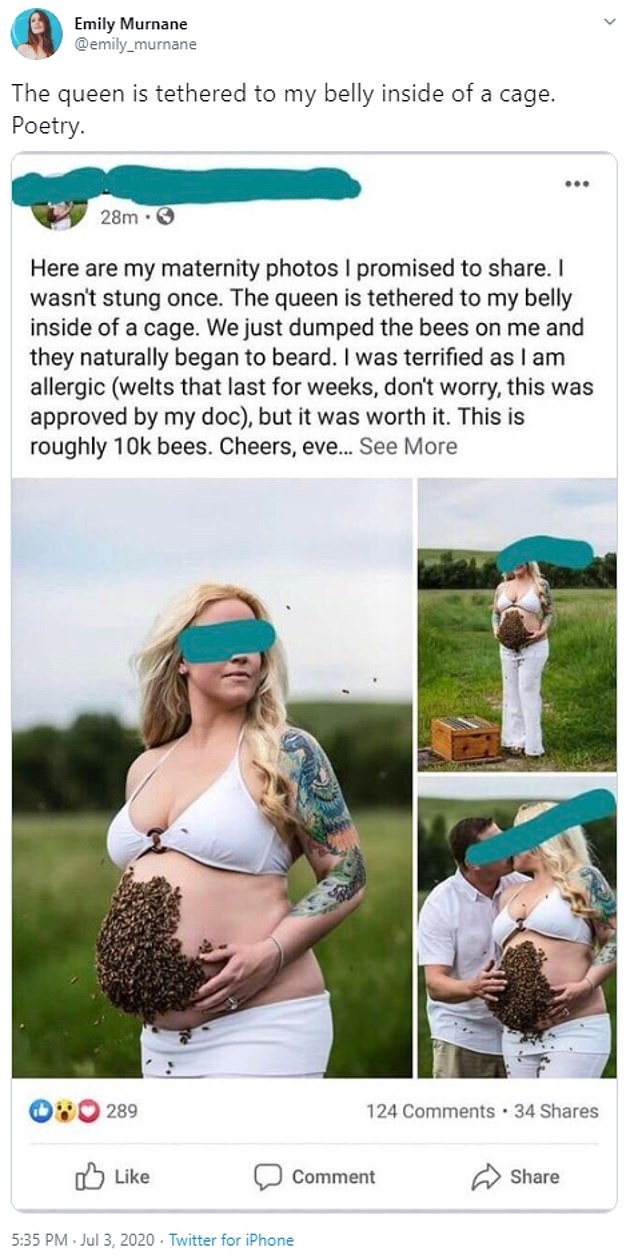 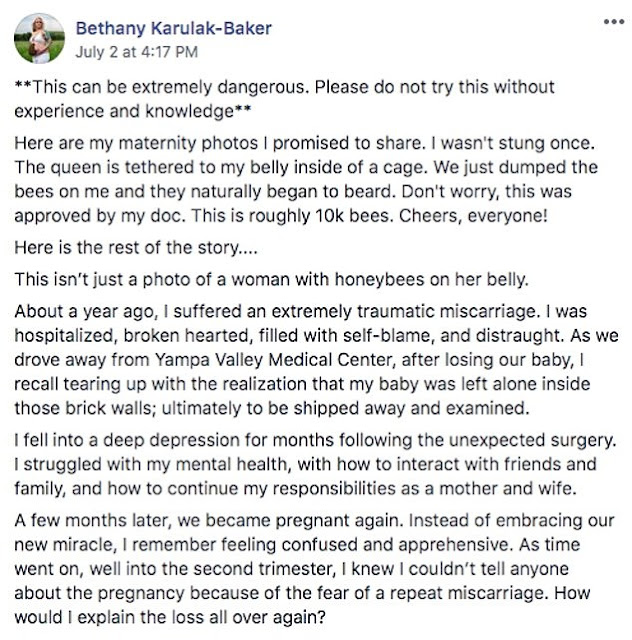 'Don't worry, this was approved by my doc,' she added, claiming that the picture shows about 10,000 bees.(Wapbaze_Copyright)

'This isn’t just a photo of a woman with honeybees on her belly,' she added.(Wapbaze_Copyright)

'About a year ago, I suffered an extremely traumatic miscarriage. I was hospitalized, broken hearted, filled with self-blame, and distraught,' she went on, adding that she fell into a deep depression.(Wapbaze_Copyright)

'A few months later, we became pregnant again. Instead of embracing our new miracle, I remember feeling confused and apprehensive. As time went on, well into the second trimester, I knew I couldn’t tell anyone about the pregnancy because of the fear of a repeat miscarriage. How would I explain the loss all over again?' she said.(Wapbaze_Copyright) 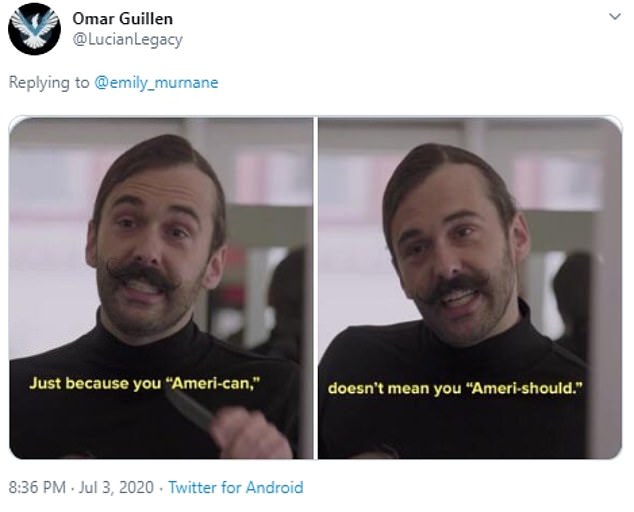 The photoshoot, she explained, represents how 'blessed' she feels to have made it this far 'through all the trials and tribulations.'

'My only hope is that one day my children will look at this photo and see the warrior inside of me,' she said.(Wapbaze_Copyright)

On Twitter, where screengrabs of the photos have gone viral, most users aren't aware of the story behind the images — but even those who are are skeptical.(Wapbaze_Copyright)

'Why would do you this??? are you under a curse??? was this the only way to break the curse??? please tell us if you were cursed,' wrote one.(Wapbaze_Copyright)

'It's nice to see that I'm not completely dead inside, and the world can still surprise and horrify me,' another chimed in.(Wapbaze_Copyright)

'The context doesn't make her any less allergic,' wrote another.(Wapbaze_Copyright)

'I want to hear from the Dr that allowed an allergic pregnant woman to do this,' said one more.