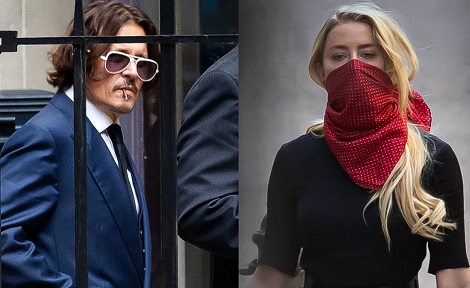 Johnny Depp today claimed he decided to divorce Amber Heard after she defecated in their marital bed 'as a prank' as he denied hitting her and said that she had abused him throughout their marriage.(Wapbaze_Copyright)

The Hollywood legend, 57, is suing The Sun for labeling him a 'wife beater' and today branded those accusations 'sick and completely untrue' at a long-awaited blockbuster libel trial at the High Court in London.(Wapbaze_Copyright)

But the most sensational revelation from Depp was that he decided to divorce Heard after faeces was left in their bed.(Wapbaze_Copyright)

In a written statement, the actor said Heard or 'possibly one of her friends' was responsible for the incident, but claimed she dismissed it as 'just a harmless prank', and he said it was the final straw in their deteriorating marriage.(Wapbaze_Copyright)

'Ms Heard confessed to our estate manager, Kevin Murphy, that leaving the faeces in the bed had been “just a harmless prank”, thereby effectively acknowledging that she had been responsible, whereas she had previously sought to blame our dogs,' he said. 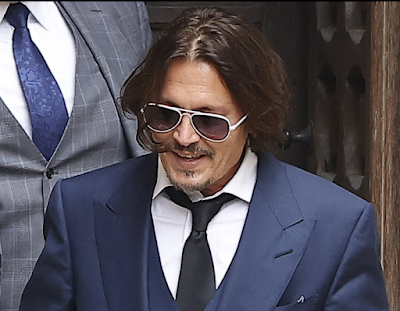 Today, he took to the stand to deny ever hitting Heard, as a series of newspaper stories alleged, and said it was 'inconceivable' that he would ever hit a woman, citing his Southern upbringing and saying he considers chivalry 'very important'.(Wapbaze_Copyright)

He said: 'It is a strong and central part of my moral code that I would never strike a woman, under any circumstances, at any time. I find it simply inconceivable and it would never happen.' 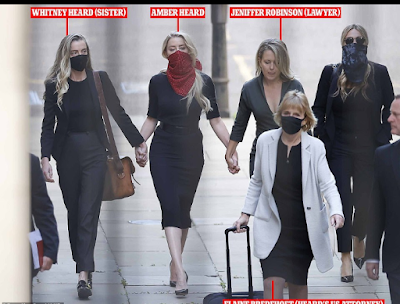 While denying attacking Heard he also launched a blistering attack on her, accusing her of being a 'calculating, narcissistic sociopath' who married him to further her career.(Wapbaze_Copyright)

His defence reeled off a string of incidents in which she had allegedly attacked him throughout their marriage including when she threw a vodka bottle at him, severing his finger, in Australia in 2015.(Wapbaze_Copyright)

Depp also cited another incident in which she 'repeatedly' punched him in the face on a private jet in 2014 and claimed that she punched him again as he fled to the toilet.(Wapbaze_Copyright)

In contrast, the actress' lawyers painted Depp as a domestic abuser who repeatedly attacked her when he was drunk or high on drugs.(Wapbaze_Copyright)