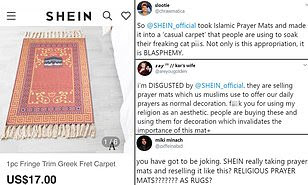 Shein has come under fire for selling Islamic prayer mats featuring Muslim imagery and calling them 'fringe trim carpets,' prompting the online retailer to pull the items and issue an apology.(Wapbaze_Copyright)

Critics have taken to social media over the past week to share images of the 'disrespectful' rugs while accusing the fast-fashion brand of cultural appropriation and demanding the offending items be removed from the site.

Instagram user @s.khadija.r called for a boycott of the e-retailer while pointing out that some of the carpets feature prints of Kaaba, a building in the center of Mecca that is considered the most sacred site in Islam.(Wapbaze_Copyright)

One $17 rug depicting an image of Kaaba was described as the 'Fringe Trim Greek Fret Carpet,' while others were decorated with mosques and various Arabic motifs.(Wapbaze_Copyright) 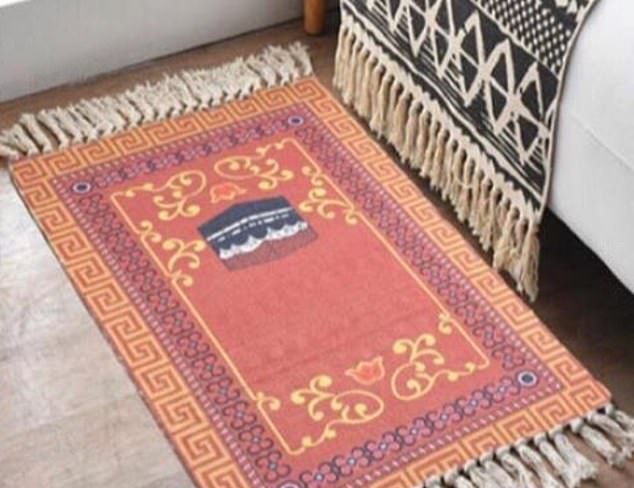 The 'Flower Print Tassel Trim Carpet,' which retailed for $10, had a print that of a mihrab — a niche in the wall of a mosque where the congregation faces to pray.

'I am disgusted. I am livid. @sheinofficial is also PROFITING off Muslim prayer mats (janemaz/sajadah) by selling them as "fringe trim carpets" for people to use casually around the house. A few have the Kaaba printed on them. THIS IS HIGHLY OFFENSIVE,' the Instagram user wrote.(Wapbaze_Copyright) 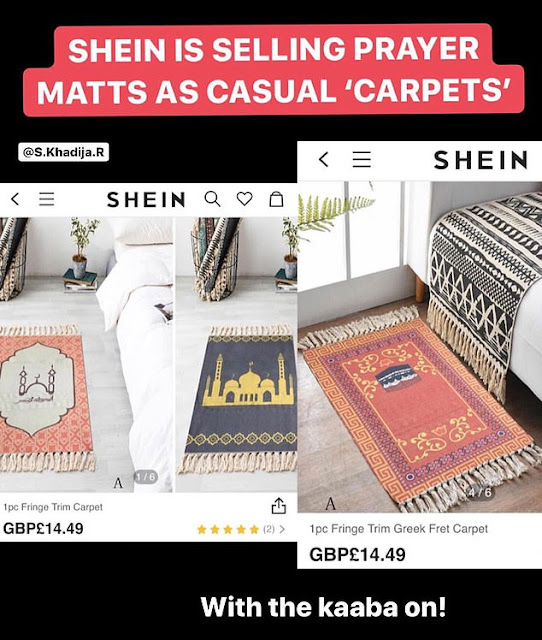 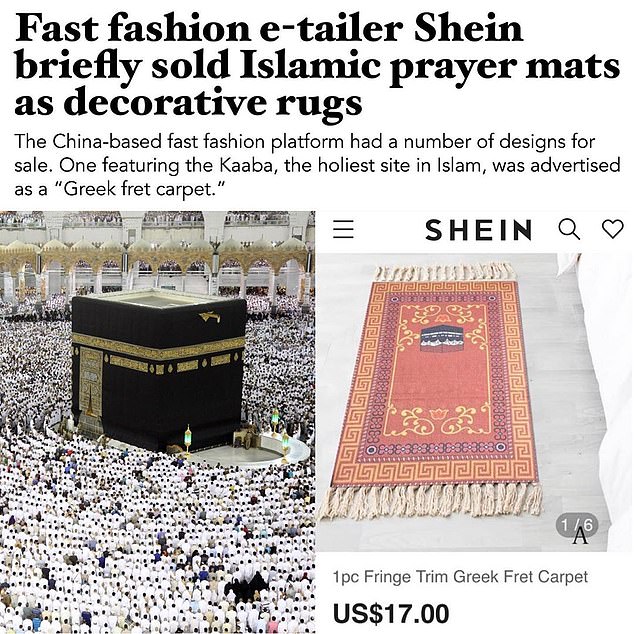 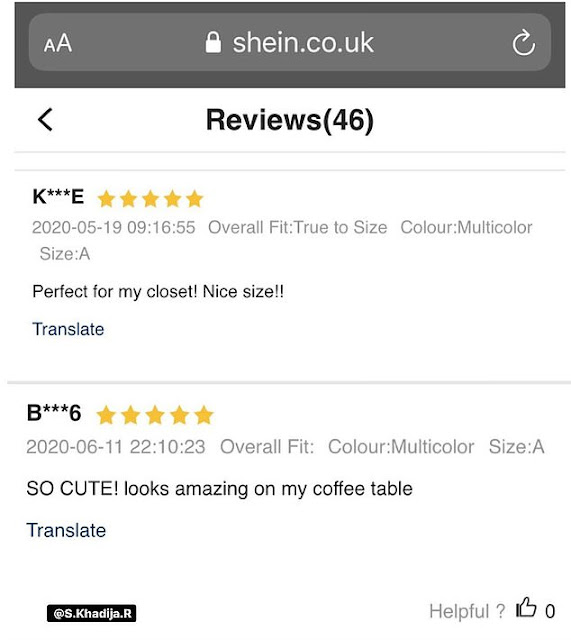 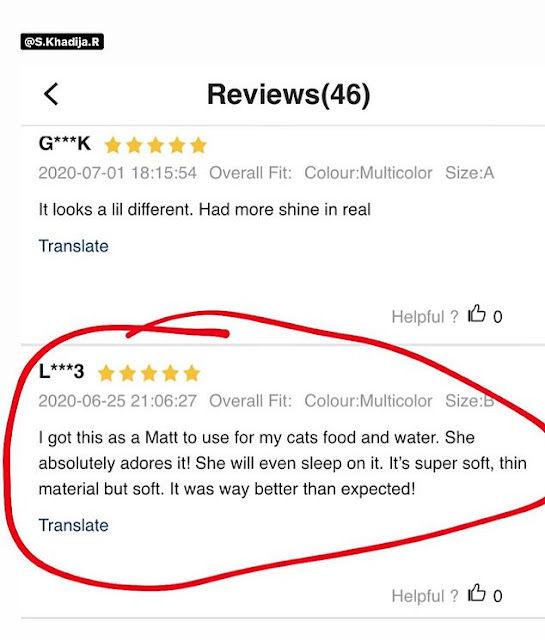 'Not only is it disrespectful but they once again renamed and stole credit from a whole faith this time, by failing to label it as a Muslim prayer mat, which allows people to use it casually as a decorative mat.'

She explained that a prayer mat is 'an important piece of fabric, used by Muslims, placed between the ground and the worshipper during their five daily prayers.'

'It is NOT a carpet and must be treated with respect and you don’t ever wear shoes on it,' she stressed. It's important for us to acknowledge the disrespect that is committed here, and that action must be taken to remove this product from their line.' 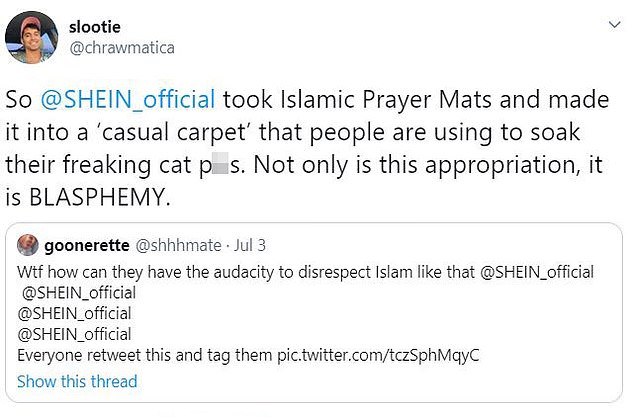 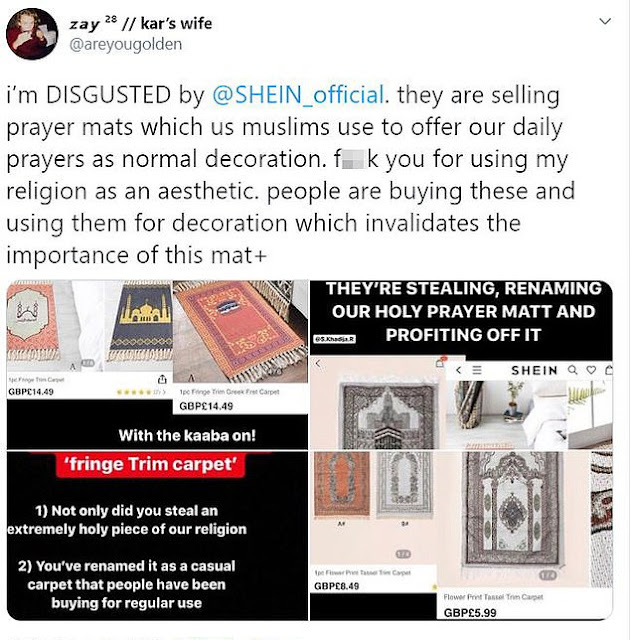 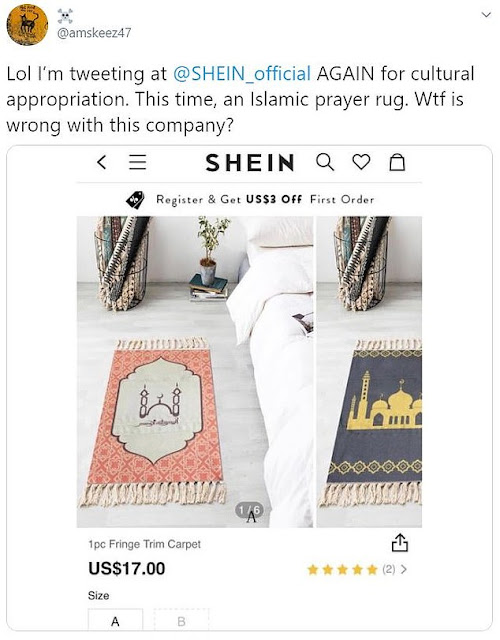 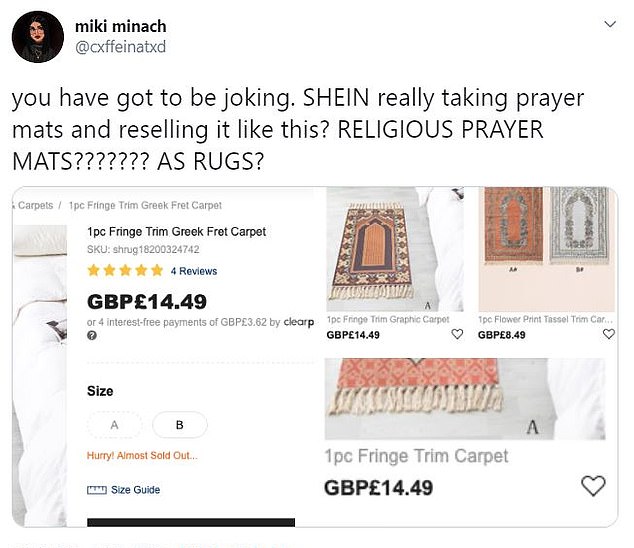 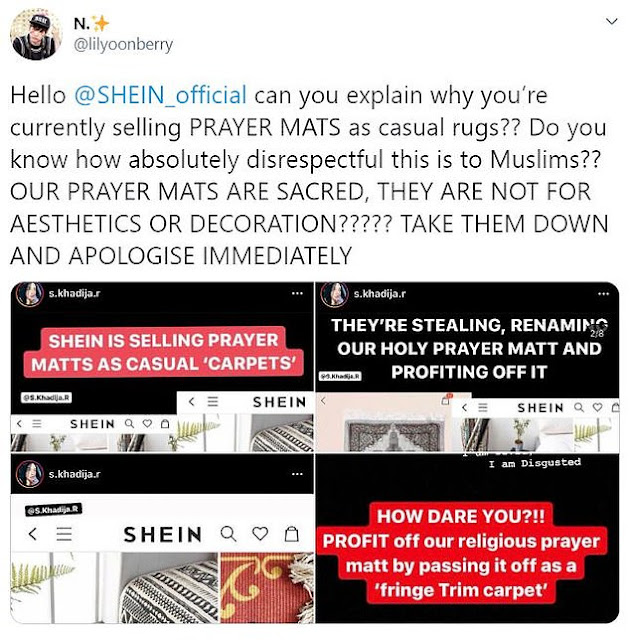 She encouraged her followers to boycott the company, send emails, and raise awareness on social media.