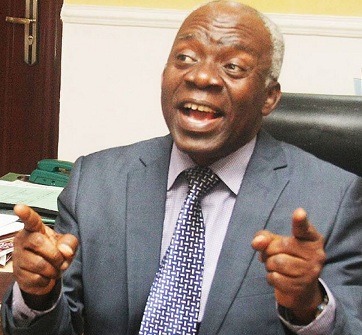 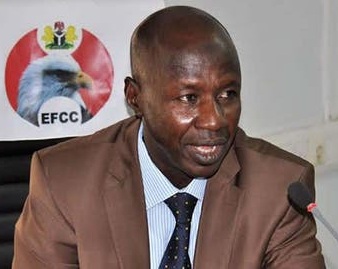 Human rights lawyer, Mr. Femi Falana (SAN), has denied receiving N28m from the suspended Acting Chairman of the Economic and Financial Crimes Commission, Mr Ibrahim Magu, who is being investigated for corruption allegations by a special presidential panel.(Wapbaze_Copyright)

Falana, in a pre-action letter signed by his lawyer, Adeyinka Olumide-Fusika (SAN), demanded a retraction of the claim by a newspaper which published the online story.(Wapbaze_Copyright)

The newspaper’s story was based on a  report published by the Federal Government-owned News Agency of Nigeria, which claimed to have obtained the final report of a prior presidential panel allegedly indicting Magu for being unable to account for the interest generated from N550bn cash recovered from 2015 to 2020.(Wapbaze_Copyright)

According to NAN, the said presidential panel’s report titled, ‘Final Report of the Presidential Investigation Committee on the EFCC Federal Government Recovered Assets and Finances from May 2015 to May 2020’ exposed acts of corruption and money laundering against some EFCC officials, including Magu.(Wapbaze_Copyright)

Falana’s lawyer stated in his letter demanding the retraction of the NAN’s story as published by the Lagos-based newspaper within 48 hours, the story was “damning against my client because his entire career as a lawyer has been devoted to fighting human rights abuses and corruption in high and low place”.(Wapbaze_Copyright)

Olumide-Fusika stated, “In the circumstance, my immediate instruction is to demand that you acknowledge your wrongdoing, expressly admit that what you imputed against my client was false, and apologise for your unprofessionalism and the damage you have caused to him.(Wapbaze_Copyright)

“I do hope that you will, within the next 48 hours, comply with this gentlemanly request by publication on the front page of your newspaper. Failing compliance, my instruction is to issue a Writ in the tort of defamation in other to afford you an opportunity to prove what you imputed against his my client’s character.”

Olumide-Fusika stated in his pre-action letter that the newspaper, by its publication “meant and intended to mean and convey” to its readership that Magu allegedly used a bureau de change operator to pass the sum of N28m to Falana in an alleged money laundering scheme.