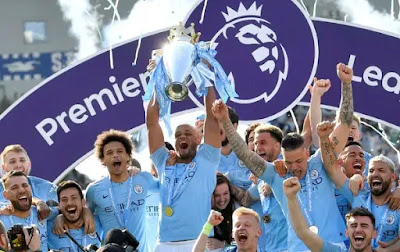 Manchester City will be playing Champions League football next season after a successful appeal against Uefa's ban was announced this morning.(Wapbaze_Copyright)

City were handed a two-year ban from Uefa's competition and a £24.9million fine in February after being found guilty of "serious breaches" of club licensing and Financial Fair Play regulations.(Wapbaze_Copyright)

The club swiftly signalled its intention to appeal amid speculation that the punishment could cost it some of its biggest names as well as manager Pep Guardiola, and the Switzerland-based Court of Arbitration for Sport delivered its verdict at 9.30am BST.(Wapbaze_Copyright)

City's ban was overturned in its entirety, while the fine was reduced by two thirds to £9.87m.(Wapbaze_Copyright)