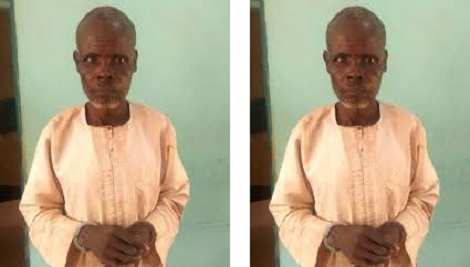 A 60-year-old man, Haruna Lawal, who allegedly r*ped an eight-year-old girl after luring her with N100, has been arrested by operatives of Niger State Police Command.(Wapbaze_Copyright)

The suspect, said to be a scavenger, was arrested in Wushishi town, headquarters of Wushishi Local Government Area of the state, last Saturday.(Wapbaze_Copyright)

It was gathered that the suspect lured the eight-year-old girl, who was hawking fish in the area, with N100 into an uncompleted building, where he r*ped her.(Wapbaze_Copyright)

He said: ”The suspect has been interrogated and had confessed to the crime and will be arraigned in court as soon as investigation is concluded.”