Watch Once Owned By King George III Sells For £1.6million 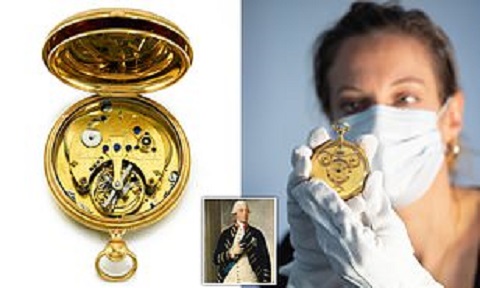 A rare and revolutionary Breguet watch which belonged to King George III has sold for £1.6million at auction.(Wapbaze_Copyright)

The gold Tourbillon watch represented cutting-edge technology in the early 19th century and was made by the French watchmaking 'genius' Abraham-Louis Breguet.(Wapbaze_Copyright)

It went for more than half a million over its £1million top estimate after a four-way bidding war between those hoping to secure ownership, and eventually fetched £1,575,000 at the sale at Sotheby's in London.(Wapbaze_Copyright)

A Sotheby's spokeswoman said: 'The gold four-minute Tourbillon watch was pursued by no fewer than four determined bidders who together drove the price well beyond the pre-sale estimate of £700,000-£1,000,000.'

The buyer, who was there in person, is remaining anonymous.(Wapbaze_Copyright)

Breguet was the celebrity watchmaker of his era and his creations were sought after by all the crowned heads of Europe, from Marie Antoinette and the King of Spain to Napoleon and Tsar Alexander I. 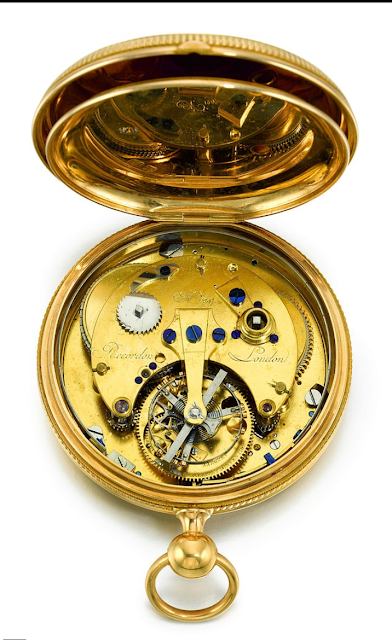 The watch features Breguet's groundbreaking Tourbillon invention - a mechanism that increases the accuracy of a watch by fighting gravity and correcting for positional error.(Wapbaze_Copyright)

It is considered one of Breguet's most important timepieces and was the first Tourbillon he ever sold commercially.(Wapbaze_Copyright) 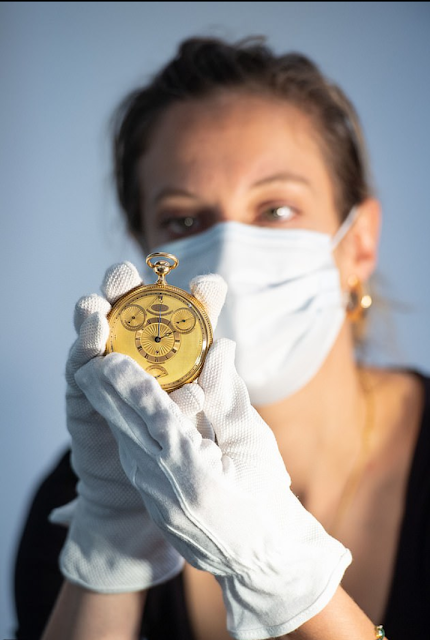 It had to be discreetly bought by the king - who was passionate about the sciences and horology - in 1808 for what was the then-huge sum of 4,800 francs in the midst of the Napoleonic Wars, when it would have been unthinkable for the UK's monarch to purchase a French watch.(Wapbaze_Copyright)

To prevent the chance of its seizure, Breguet only signed the Tourbillon carriage inside the watch.(Wapbaze_Copyright)

In the end, George III never actually fully paid for it and the Georgian Papers archive contains a bill reminder for an outstanding payment.(Wapbaze_Copyright) 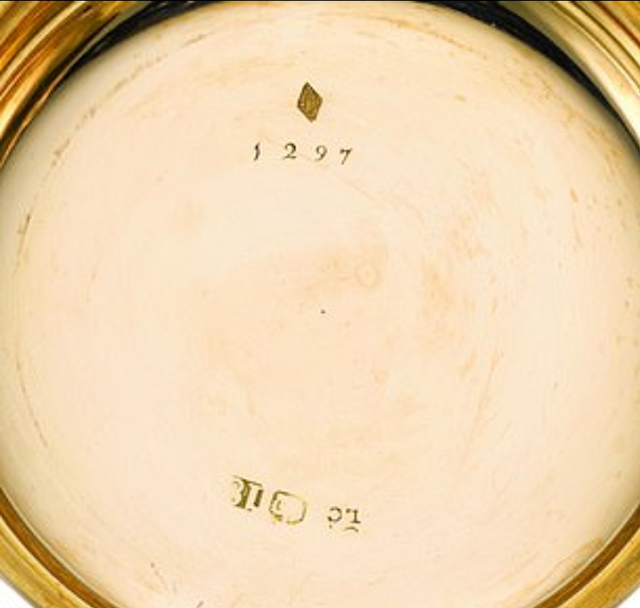