Meet The Huge Family Of 14 Which Has Quintuplets, Triplet And Two Sets Of Twins 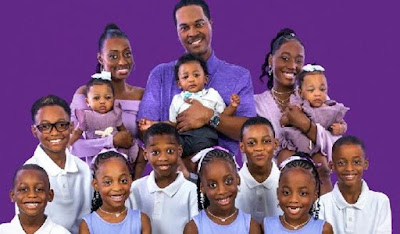 A couple who has quintuplets, triplets, and two sets of twins is chronicling what life is like with 14 children in TLC's new reality show Doubling Down with the Derricos.(Wapbaze_Copyright)

Karen and Deon Derrico have had four sets of multiples back to back, all of whom were conceived naturally. The series, which debuts next month, kicks off with the couple getting ready to welcome triplets while raising their 11 eldest children, who range in age from two to 14.(Wapbaze_Copyright)

After welcoming their first two children, the couple had twins, quintuplets, and then a second set of twins.(Wapbaze_Copyright)

Multiples run on both sides of the family, and while Deon and Karen always wanted a large family, they didn't realize just how large it would be.(Wapbaze_Copyright) 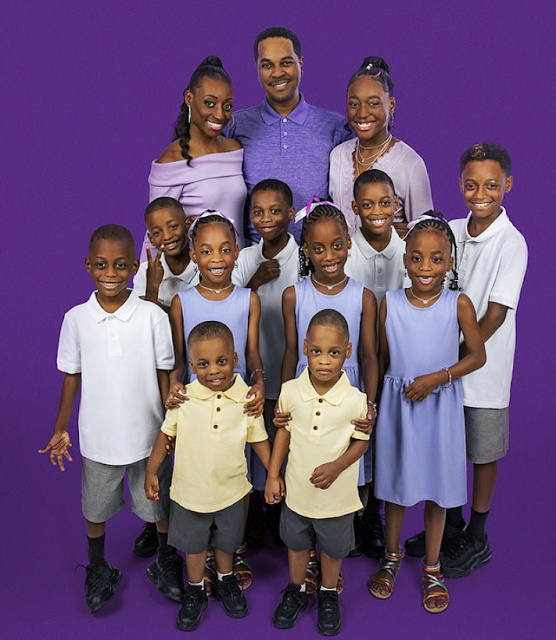 'Many parents know with just one child, two children, it's a job. But when you have soon-to-be 14, it's a job,' the dad admits.(Wapbaze_Copyright)

'We have our good days and our bad days,' Karen adds. 'But there's always enough love.'

The premiere season, which has been in development and production for over a year, chronicles Karen's pregnancy and the toll it takes on their growing family.(Wapbaze_Copyright)

At 24 weeks, doctors advise the busy mom to spend the remainder of her pregnancy on bedrest — leaving Deon to manage the household and all 11 children on his own.(Wapbaze_Copyright) 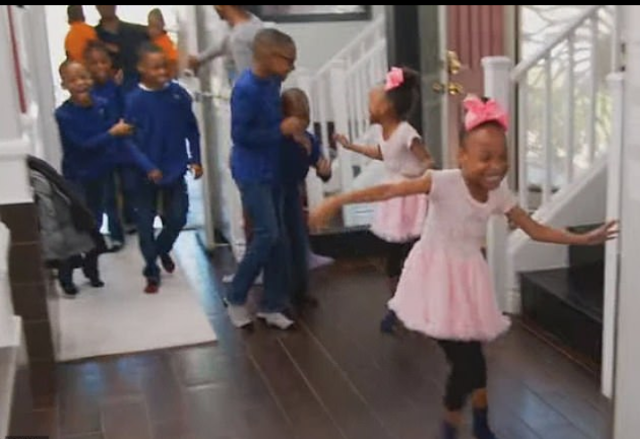 The clip also shows Deon rushing to the hospital as he explains his wife is in active labor and will be delivering their triplets early.

'Our triplet babies have not had enough time in the womb, and I am just terrified,' the soon-to-be father of 14 admits.(Wapbaze_Copyright)

In her testimonial, Karen is crying as she opens up about the 'great deal of responsibility' that she feels.(Wapbaze_Copyright) 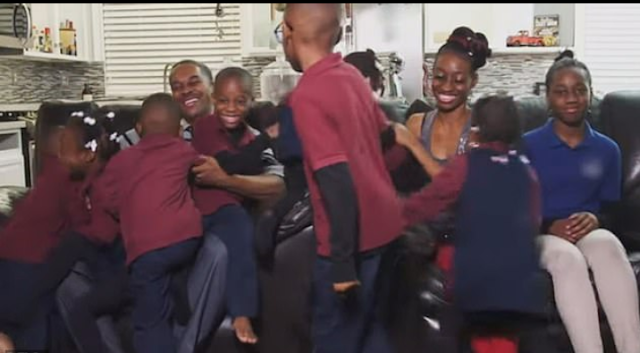 'I'm really nervous that I could lose one of these babies,' she says.(Wapbaze_Copyright)

Doubling Down with the Derricos is the perfect fit for TLC, which has featured a number of series about large families, including Jon & Kate Plus 8, OutDaughtered, Sweet Home Sextuplets, 7 Little Johnstons, Welcome to Plathville, and Sister Wives.(Wapbaze_Copyright) 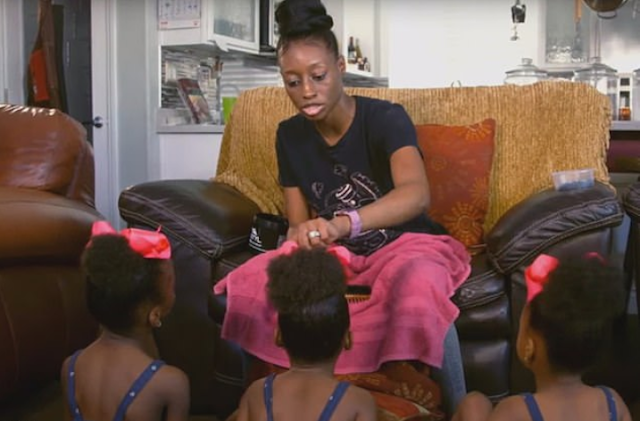 'TLC has always been the home for extraordinary families, and with multiple multiples the Derricos take "extraordinary" to a whole new level!' TLC president and general manager Howard Lee says in a statement.(Wapbaze_Copyright)

'They bring a fresh voice, perspective, and willingness to share their culture and values. And while their size may be unique, their story is universally relatable — devoted parents trying to raise their children the best way they know how all while navigating life's ups and downs.(Wapbaze_Copyright)

'We are proud and excited to introduce TLC viewers to the Derricos.'