World Population Will Start Shrinking In 44 Years And It Will Make Nigeria One Of The Largest, Wealthiest Countries 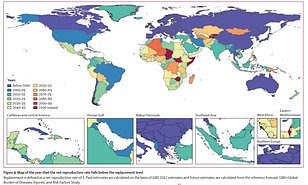 Earth's population will peak in 44 years at around 9.7billion before it starts to shrink again, according to scientists who predict Nigeria will eventually be home to more people than China.(Wapbaze_Copyright)

After 2064 the total number of people will start to fall because of a decline in the number of children people are having, dropping by 900million to 8.8billion by 2100.(Wapbaze_Copyright)

Populations will only grow or stay stable if women have an average of 2.1 children each — but better education and contraception will stop this in future because women will be more able to work instead of staying at home as mothers and wives, experts say.(Wapbaze_Copyright)

Many countries already have lower birth rates than are necessary to sustain population sizes, including most of Europe, Russia, Canada and the US, Brazil, China and Australia. In the coming decades, older citizens in these countries will start to die at a faster rate than they are replaced and the populations will shrink.(Wapbaze_Copyright)

Some countries, including Japan, Spain and Thailand will see their communities shrink by a staggering 50 per cent or more, the University of Washington researchers predicted.(Wapbaze_Copyright)

As populations in the West shrink faster than they will in Africa and Asia, it will take another 80 years or more for birth rates to drop below sustaining levels in some slower-developing countries -- a global power shift will emerge.(Wapbaze_Copyright) 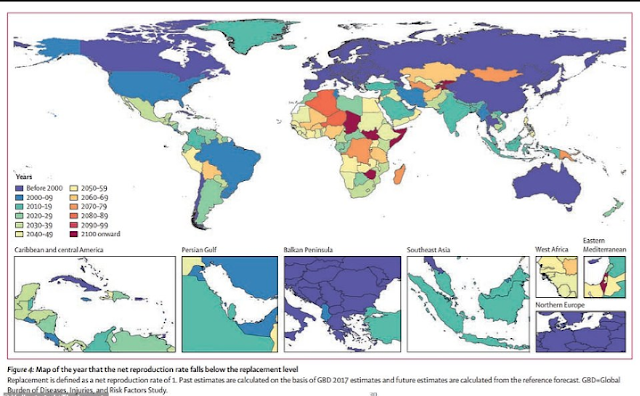 Nigeria is set to become one of the largest, wealthiest countries in the world by the end of this century, the team believe. The US will remain the top global power except for a period in around 30 years' time when China will succeed it before dropping down again.(Wapbaze_Copyright) 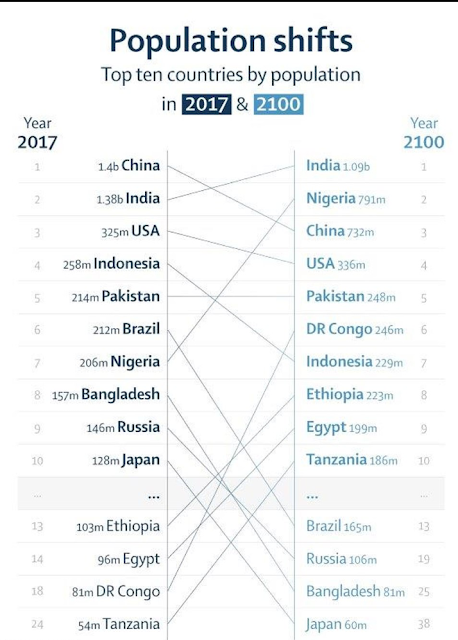 And the economies of Indonesia, Turkey will make inroads to become two of the 12 most powerful nations by 2100 as Brazil and Russia slip down the global rankings.(Wapbaze_Copyright)

The research was done by a team of 24 scientists led by Dr Christopher Murray and Professor Stein Vollset from the University of Washington in Seattle. The study was published in UK medical journal The Lancet.(Wapbaze_Copyright) 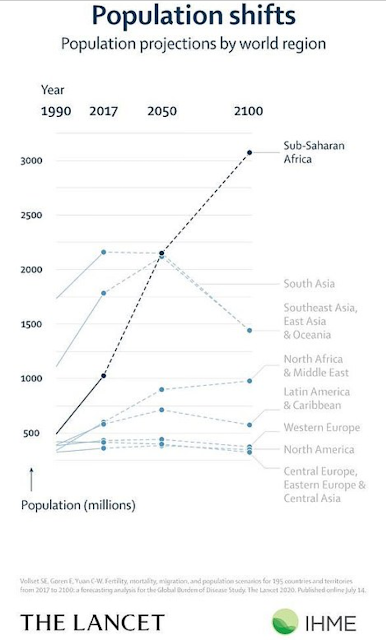