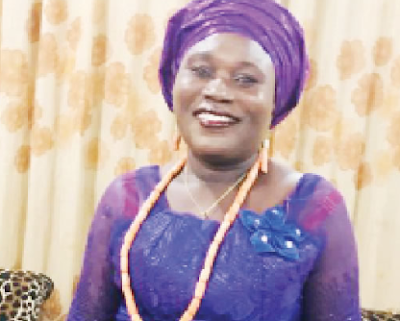 A lecturer at the Faculty of Education, University of Benin, Stella Okotie, has been killed by a commercial driver, Anu Adisa, around the institution located on the Benin-Lagos Expressway, Edo State.(Wapbaze_Copyright)

The deceased’s sales boy identified simply as Amos, who was also knocked down by Adisa when he reportedly lost control of the vehicle, was rescued and rushed to hospital for treatment.(Wapbaze_Copyright)

Punch Metro was given two accounts of the circumstances surrounding Stella’s death.(Wapbaze_Copyright)

Eyewitnesses at the scene of the crash, who were seen in a video, blamed a yet-to-be-identified policeman for the accident, adding that Adisa lost control of the vehicle as the cop was dragging the steering wheel with him because of N100 bribe.(Wapbaze_Copyright) 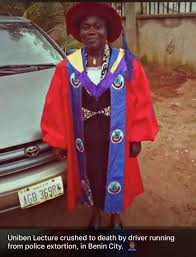 “Can you see what the police is doing in Benin, he was dragging the key with the driver, they have killed a innocent person but the guy is still breathing and has never died. Policeman was dragging the steering with the driver because of N100. How do you feel now? See what you have caused,” the recorder said in the footage posted by several people on social media.(Wapbaze_Copyright)

Stella was said to be standing with her husband, Williams, and their son, Ochuko, when the tragedy struck around 7pm.(Wapbaze_Copyright)

Stella’s son, Tega, told Punch Metro that his mother and her sales boy, Amos, were knocked down by the vehicle, adding he wanted justice.(Wapbaze_Copyright)

He stated, “My mother was a lecturer at UNIBEN and was doing business on the side. She was facing the bus, which she used to supply water and was counting money, when Adisa’s bus ran into her and her sales boy, Amos.(Wapbaze_Copyright)

“The police were dragging the steering wheel with the driver because of the N100 bribe that they wanted to collect from him, while the bus was in motion. Amos is recovering but my mother was killed and we want justice for her death.” 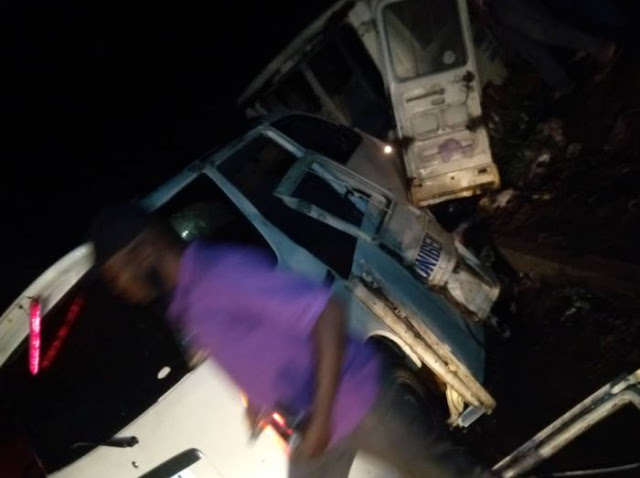