Meek Mill Responds To Kanye's Suggestion Kim Cheated With Him, Calls It Bullsh*t 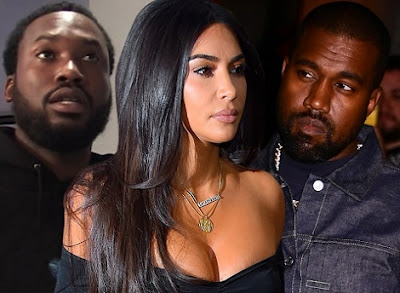 Meek Mill has addressed the allegations that Kim cheated on Kanye with him during a prison reform meeting and he's calling BS loud and clear.(Wapbaze_Copyright)

MM hopped on Twitter Wednesday after he, Kim and Ye were all trending -- with tons of memes and jokes poking fun at the suggestion that he banged the missus. There doesn't seem to be any truth to it in his eyes though -- he wrote, "Sh** is cappp cmon ....." In case you're unfamiliar, "cap" means lie(s). So in other words, liesss! Lol.(Wapbaze_Copyright)

Sources connected to the Kardashians and Meek say Kim's prison reform summit did go down at the Waldorf Astoria in L.A. -- as Kanye said on Twitter but Meek and Kim never met in a one-on-one setting.(Wapbaze_Copyright)

They were joined by philanthropist Clara Wu Tsai and the trio met in Jean-Georges restaurant at the Waldorf. The group discussed plans to keep the prison reform movement going forward. A witness says Kim left the hotel solo immediately after the meeting.